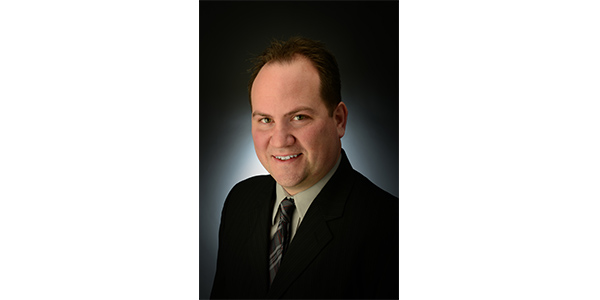 In this Q&A, Caciolo talks about the history of the ATE brand and its role in the marketplace today.

Dan Caciolo is head of Product Management at Continental Commercial Vehicles & Aftermarket and is responsible for managing the company’s OEM Direct Parts and ATE Brake System Parts programs. He joined Continental in 2008 as a senior product manager and advanced to the position of head of Product Management in 2014. Prior to Continental, Caciolo served at Siemens VDO Automotive as a product manager and marketing analyst from 2004 to 2008.

In addition to his 15-year career in the automotive parts business, Caciolo also worked in his family owned Ford dealerships in a wide variety of roles from detailing to selling cars. He has a Bachelor of Arts degree in Marketing Communications from Roger Williams University and an MBA in International Business from Southern New Hampshire University with a focus in PMP (Project Management Professional).

In this Q&A, Caciolo talks about the history of the ATE brand and its role in the marketplace today.

Continental is a very large international company with a number of strong brands – ATE being one of them. Can you tell us a bit about the history and heritage behind ATE?

The ATE brake brand gets its name from the company founder, Alfred Teves, the original designer of the hydraulic brake system. Alfred named his company ATE by using the letter “A” from his first name and the letters “TE” from his surname. From the introduction of that first hydraulic brake system in 1926, to the development of the first antilock braking system prototype in 1967, the ATE brand has established a rich history of innovation and expertise in the design and production of advanced OE brake system technologies. This innovation continues today with the development of advanced technology for brake systems applications from electronic parking brake control to autonomous driving.

How does ATE fit into the Continental structure as one of the leading OE brake system suppliers?

ATE is the aftermarket brand of Continental, one of the world’s leading OE brake system manufacturers and suppliers. So, just like the brake technology we deliver to OEMs worldwide, our ATE brand leverages Continental expertise and OE knowledge by providing the aftermarket with state-of the-art replacement brake parts that are engineered and built to the same rigorous OE standards for high-quality build, fit and performance.

Does the ATE brand primarily cover the European nameplates or does it offer domestic and Asian coverage as well?

We do both. ATE designs and manufacturers brake systems for almost every manufacturer in the world. So, while we have exceptional coverage for our legacy European nameplates, we also offer brake parts for domestic and Asian makes as well. In fact, next time you do a brake job or lift the hood on your car or rental, take a look at the caliper, wheel speed sensor, brake pad backing plate, or brake controller, it most likely says ATE.

I understand ATE recently released a few new products to the marketplace. Can you give us an update?

The ATE 2-Piece Rotor is the only replacement rotor on the market that’s comparable and improved upon the patented, original two-piece Mercedes-Benz design. Our rotor meets OE specifications in fit, form, and function for direct OE replacement on the AMG C43, E43, CLS, GLC and other high-performance models. It has also been tested and approved at the grueling Nürburgring racetrack.

The ATE MK60 HCU is another one of our first-to-market gems. It’s a real time-saver for shops, because it makes ABS repair work quicker and easier. The HCU also saves money by bringing down the cost of servicing popular Volkswagen and Volvo vehicles. Previously, technicians had to replace the entire brake control (ECU) unit just because the HCU portion failed. The new ATE HCU eliminates that problem and allows the tech to complete the service by only replacing the failed HCU. This is a perfect example of what you can do with OE knowledge while being Aftermarket smart!

What makes ATE unique in the marketplace? What are some of the key differentiators the company is most proud of?

Continental is all about quality, comfort and above all, safety. As an OE brake systems supplier, the ATE team understands the entire brake system and how each component interacts with the other. Braking is not just about pads and rotors. It’s about the entire system and how it works together in unity with the driver and the vehicle. We are proud to give our aftermarket customers the choice of restoring their cars to the “original” level of performance and safety they enjoyed when they first drove off the dealer lot. At ATE, we cover the aftermarket from friction to fluid, boosters to calipers and everything in between.

Advertisement
In this article:Continental, Executive Interview
Print
Up Next: