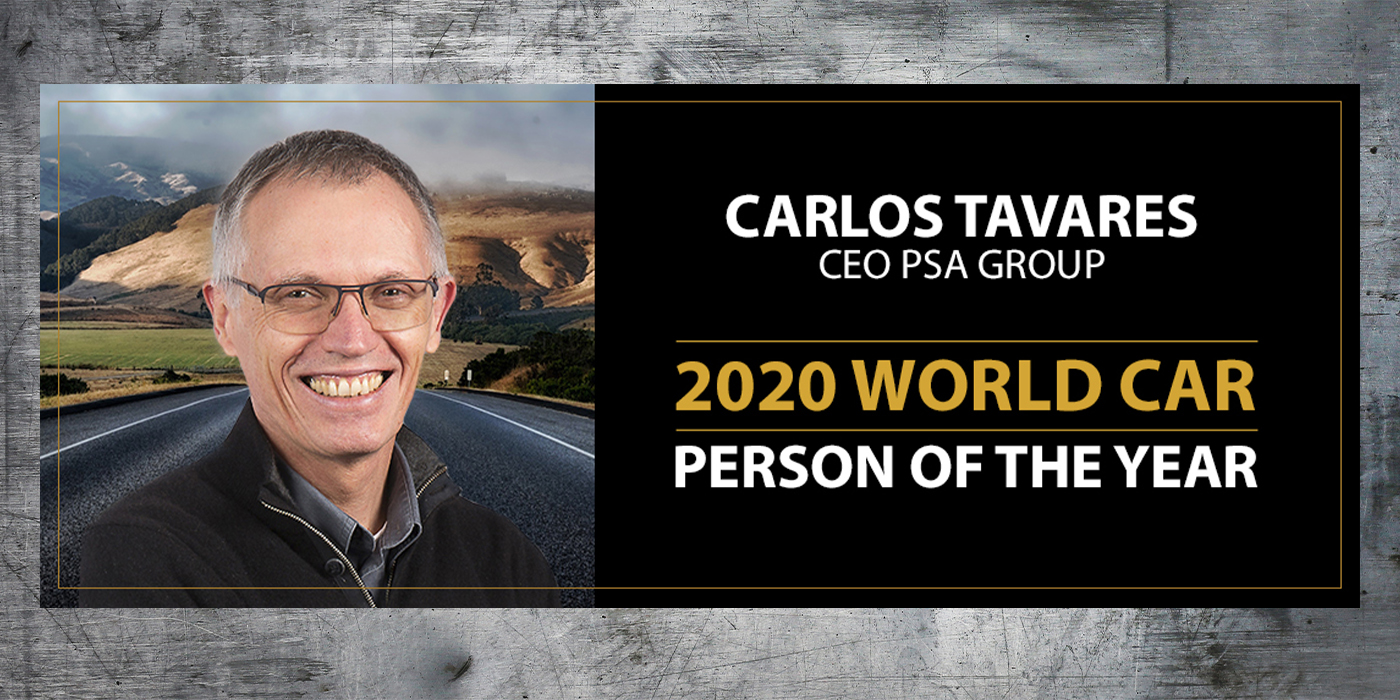 Carlos Tavares will be attending the New York International Auto Show on Wednesday, April 8 in order to receive the award in person during the World Car Awards’ 2020 awards ceremony, press conference and media breakfast that opens the show on that day.

Tavares’ many significant accomplishments over the past year made him the jurors’ choice over several other impressive auto industry executives, engineers, designers and entrepreneurs from around the globe.

Among those accomplishments, as CEO of PSA Group, Tavares has made its brands’ portfolio respected world-class players, returned the company to profitability, and returned Opel to profitability in record time. He also negotiated a merger of PSA and FCA that will create the fourth-largest automaker in the world by volume and will better balance the combined entity’s global presence, all while masterminding the integration of electrification and mobility and strengthening market development in China and beyond.

The results speak for themselves.

In addition, as one WCA juror commented, “His calm, dignified, modest and highly effective approach puts some other executives to shame. At the heart of (his success) is an understanding of customer needs, but it’s all backed with incredible business acumen. That he still manages to be a decent bloke is icing on the cake!”

Commenting on the recognition, Tavares said, “It is a great honor to receive this prestigious award, which I wish to dedicate to all the employees of the Groupe PSA, to its responsible and demanding social partners and to the supervisory board, which guarantees effective governance. Because among our values ‘win together, agility, efficiency’ includes the strength of the collective power, it is in the name all of us that I accept your honor with humility.”

The World Car Person of the Year award is just one of six awards handed out annually by the World Car Awards. The awards were inaugurated in 2003, and officially launched in January 2004, to reflect the reality of the global marketplace, as well as to recognize, reward and inspire excellence, leadership and innovation in a rapidly changing automotive industry.

Advertisement
In this article:awards, World Car Person Of The Year
Print
Up Next:

MG Supplies 100 Free EVs To NHS Heroes
Connect with us