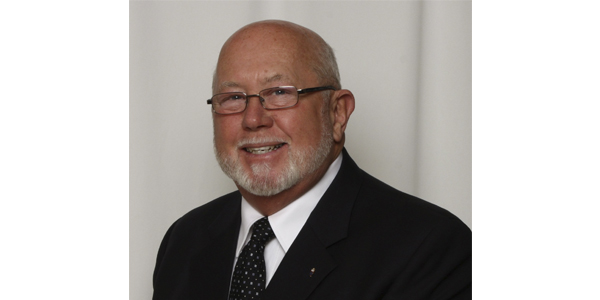 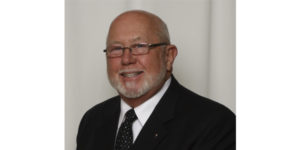 During its annual convocation ceremonies held recently for its graduating class of 2018, St. Lawrence College President and CEO Glenn Vollebregt named Pricedex President and CEO Terence “Terry” O’Reilly its 2018 recipient of the St. Lawrence College Honorary Diploma, which is awarded in recognition of the outstanding achievements of individuals whose accomplishments are of such excellence, inspiration and leadership that they serve as an example for the students and graduates of the college.

In presenting the Honorary Diploma to O’Reilly, Vollebregt cited O’Reilly’s lifelong commitment to the philosophy of servant leadership, combined with a strong moral compass in driving his dedication to community, family, country and profession. “Terry’s actions throughout his life, have followed both his beliefs and his words,” Vollebregt commented, “and the combination of his integrity, a strong work ethic, career achievements and his generosity amongst colleagues and community, serve as a wonderful guiding example for our students and alumni.”

In his remarks to the student body, O’Reilly commented, “I believe that the fundamental characteristics of integrity, honesty, ethics, fairness and morality shape everything we do in life. If we are consistent with that, it also spawns other leadership qualities, such as trustworthiness, accountability, creativity and the ability to motivate others.”

Ontario Member of Provincial Parliament for Leeds-Grenville, Steve Clark, said, “Sharing Terry’s story will help St. Lawrence College graduates to understand – as Terry does – that success isn’t measured by what we accomplish in our professional careers alone, but in the positive change we work to make in the lives of those around us.”

In the almost 20 years since relocating his company, Pricedex Software, from Ottawa to Brockville, O’Reilly has endeavored to serve and improve the quality of life in the community in which he runs his business. Aside from his activities promoting Brockville as a business destination, he has been a longtime supporter of the United Way Leeds & Grenville, serving two terms as chair of its Cabinet and Fundraising Campaign.

At St. Lawrence College, where he served from 2002 to 2008 on the board of governors, he was actively involved in the fundraising and planning for a student residence at the Brockville Campus, and was instrumental in the establishment of the Music Theatre-Performance three-year diploma program.

Once a professional singer himself, O’Reilly also has been an ardent financial supporter and season sponsor of the College’s Music Theatre-Performance program productions, as well as the founding sponsor of the Brockville Arts Centre’s ‘Pricedex Summer Series,’ which, over its 15-year span, has become a premier summer attraction to the Brockville area.

Prior to his technology career, O’Reilly had a career in public service, which included roles as chief of staff and senior policy adviser to a Cabinet Minister in Canada’s federal government.

“This was indeed an interesting time in my life as I was able to see firsthand, how balanced, fair-handed public policy, combined with ethical and moral leadership, could bring positive benefit not only to a community, but to society as a whole,” said O’Reilly. “This period of my life reaffirmed the personal value-set my parents instilled in me in my youth, and helped set my compass for the years to come.”

For his activities stretching beyond the boundaries of Leeds and Grenville, O’Reilly has previously been awarded both the Canada 125 and the Queen’s Diamond Jubilee medals for his countless contributions to the betterment of the nation through his public service.

O’Reilly’s address to the graduation convocation was focused on encouraging graduates to make conscious decisions on what kind of people they want to be, and not leaving that to happenstance. He also stressed the importance of the lighter side, and said, “I was raised to be positive, but I have also learned, over the years, that there is no business or personal situation so grave or foreboding that I should allow it to consume my spirit, drive or motivation. When times get tough, you must face the challenge head on, but it is also important, at those times, to inject some fun and good spirit to help you through.”

In closing his remarks to the graduating students, O’Reilly offered the following advice: “Just refuse to fail!”