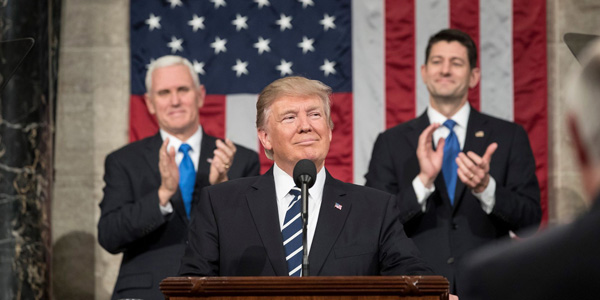 The executive order directs the secretary of labor to work with the secretaries of education and commerce to propose regulations that promote the development of apprenticeship programs by third parties such as trade associations, companies, nonprofit organizations and unions. 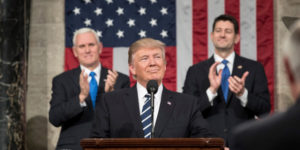 “We will be removing federal restrictions that have prevented many different industries from creating apprenticeship programs,” Trump said from the White House Roosevelt Room, where he signed the executive order on June 15.

“ … So we’re empowering these companies, these unions, industry groups, federal agencies to go out and create new apprenticeships for millions of our citizens. Apprenticeships place students into great jobs without the crippling debt of traditional four-year college degrees. Instead, apprentices earn while they learn – which is an expression we’re using: Earn while you learn.”

The executive order directs the secretary of labor to work with the secretaries of education and commerce to propose regulations that promote the development of apprenticeship programs by third parties such as trade associations, companies, nonprofit organizations and unions.

“Apprenticeships teach striving Americans the skills they need to operate incredible machines,” said Trump. “And some of these machines are so intricate, so powerful, and really – the word is – they are incredible. This is not the old days; this is new and computerized and complicated, and you really have to know what you’re doing.”

In an op-ed posted in the Des Moines Register, Secretary of Labor Alex Acosta noted that the average starting wage for workers who complete an apprenticeship program is more than $60,000 peryear.

“This is higher than the average starting salary of students who graduate from traditional colleges,” Acosta wrote. “And nearly nine out of 10 are employed upon completing their apprenticeships.

“These higher wages and improved employment prospects make sense. Graduates of apprenticeship programs hit the ground running when they start a job. The skills developed during their education prepare apprentices for the jobs they will actually do. As a result, they are more productive at the outset and tend to be more loyal to the employer,” said Acosta.

However, apprentices comprise only 0.3 percent of the American workforce, according to Acosta.

Advertisement
In this article:apprenticeships
Print
Up Next: