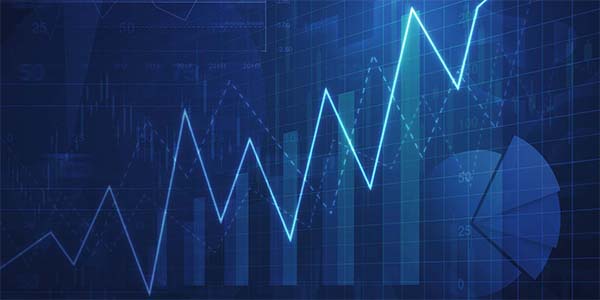 PPG recently reported third quarter 2020 net sales of about $3.7 billion, down approximately 4% versus the prior year. Selling prices increased by 1.3%. Sales volumes were down about 5% versus the prior year, which reflect ongoing negative economic impacts of the COVID-19 pandemic. Acquisition-related sales added less than 1% to sales growth, and the year-over-year impact from foreign currency translation was minimal.

“In aggregate, we delivered operating margins that were about 300 basis points higher than the prior year. Our continued execution of both interim and structural cost-savings initiatives is driving higher incremental earnings on improving sales volumes. In the quarter, we delivered about $90 million of cost savings from various interim initiatives and about $35 million of incremental structural savings from business restructuring programs, including the execution of some manufacturing footprint optimization initiatives. In addition to our earnings performance, we generated more than $800 million of cash from operations in the quarter, including the benefit of a 150-basis-point reduction in working capital as a percent of sales versus the third quarter 2019.

“Looking ahead, we are likely to experience normal seasonal trends in the fourth quarter, especially in our European and North American architectural coatings businesses,” McGarry added. “Even with the continued uncertainty from the pandemic we expect overall economic activity to continue to recover, but in an uneven manner. The pandemic is still significantly impacting the demand for certain coatings products – most notably, global commercial aerospace, marine and protective coatings that support the oil and gas industry. In addition, we expect that automotive refinish coatings demand in the U.S. and Europe will remain below 2019 levels until there is a return to more normal commuting patterns. We remain well positioned to capture additional incremental earnings growth once these sectors, that represent about 30% of our business portfolio, begin to recover. Similar to the past several quarters, we will continue to focus on execution against all elements within our control. Also, the company’s balance sheet remains strong, and we are evaluating earnings-accretive cash deployment alternatives.

“We will continue to prioritize the health and safety of our employees, while providing excellent support to our customers with our technology-advantaged products. I am very proud of the entire global PPG team, and I want to thank everyone for their continued focus and diligence during these challenging times. As I said last quarter, I remain confident that we are on the path to emerge from this crisis as an even stronger company, and these record quarterly results lay the foundation for delivering on this commitment,” McGarry concluded.

Performance Coatings segment third quarter net sales were about $2.3 billion, down approximately $60 million, or about 3%, versus the prior year. Selling prices increased by 2%, and acquisition-related sales added nearly 1%, or about $20 million, primarily from the Texstars and ICR acquisitions. These gains were more than offset by lower sales volumes of about 5%, or about $125 million, primarily related to the COVID-19 pandemic. There was no material impact from foreign currency translation during the quarter as the strengthening Euro was offset by weaker Latin American currencies.

Architectural coatings – Europe, Middle East and Africa (EMEA) year-over-year net sales, excluding the impact of currency and acquisitions (organic sales), increased by about 10%, driven by increased consumer demand after many countries permitted retail store re-openings following mandated closures during the second quarter. Year-over-year organic sales, in architectural coatings – Americas and Asia Pacific were up a low-single-digit percentage, with differences by channel and region. Despite challenging economic conditions in Mexico, the PPG-Comex architectural coatings business grew organic sales by a mid-single-digit percentage. Sales volumes in protective and marine coatings were down a mid-single-digit percentage, driven by lower demand in all major regions except Asia-Pacific. Aerospace coatings sales volumes were down about 35% impacted by lower commercial OEM and aftermarket demand, while sales for aerospace military applications were similar to the prior year driven by growing demand for PPG’s technology-advantaged products. Sales volumes for automotive refinish coatings improved significantly compared with the prior sequential quarter, but still declined about 10% on a year-over-year basis. Automotive refinish coatings sales volumes in China were higher than the prior year as automotive miles driven and traffic congestion have returned to pre-pandemic levels.

Segment income for the third quarter was $426 million, up about $45 million, or about 12%, year-over-year. Segment income was aided by higher selling prices, cost-mitigation efforts and restructuring initiatives, partially offset by the unfavorable earnings impact from lower sales volumes stemming from the pandemic.

Industrial Coatings segment third quarter net sales were about $1.4 billion, down about $80 million, or about 5%, versus the prior-year period. As a result of the continued decline in global economic demand stemming from the COVID-19 pandemic, sales volumes decreased by 5% versus the prior-year period; however, this was a dramatic improvement versus the near 40% year-over-year volume decline experienced in the second quarter. There was no material impact from foreign currency translation during the quarter.

PPG automotive original equipment manufacturer (OEM) coatings sales volumes differed by region but in aggregate were relatively flat compared to the prior year and above global industry auto production rates, supported by the company’s technology and customer service capabilities. This includes robust year-over-year growth in China aided by higher regional industry retail sales, along with significant sequential quarterly improvement in industry build rates in the U.S. and Europe. PPG sales volumes for automotive OEM coatings in China were higher than the prior-year quarter by a low-teen percentage. Sales volumes for the industrial coatings business also improved significantly from the second quarter 2020; although demand varied by sub-segment and was down a mid-single-digit percentage in aggregate versus the prior year. Packaging coatings sales volumes decreased a low-single-digit percentage year-over-year, as growing demand in the U.S. and Latin America was offset by softer aggregate demand in Asia and Europe.

Segment income for the third quarter was $253 million, up about $45 million, or approximately 23% year-over-year. Segment income was aided by aggressive cost-mitigation actions, restructuring cost savings and modestly higher selling prices, partially offset by the unfavorable earnings impact from the lower sales volumes.

The company ended the third quarter with net debt of $3.5 billion, approximately $600 million lower than the second quarter. The company prepaid $1 billion of a $1.5 billion term loan maturing in April 2021. The company’s $2.2 billion revolving credit facility is currently undrawn.

In addition, the company recently reported the following projections for the fourth quarter 2020 based on current global economic activity:

• Aggregate sales volumes are anticipated to be down a low-to-mid-single digit percentage, differing by business and region.

• Total incremental structural cost benefits from restructuring savings are expected to be between $30 million and $35 million.

• Corporate expenses are expected to be between $55 million and $60 million compared to $55 million in the third quarter 2020.

• Net interest expense is anticipated to be between $28 million and $30 million.

• The company’s global ongoing effective tax rate is expected to be in the range of 18% to 21%. The rate is lower sequentially versus the third quarter driven by potential discrete items to be realized in the fourth quarter.

Pitstop Announces Series A Round Of Funding

Financial: Telenav To Be Acquired By V99 In ‘Go Private’ Transaction