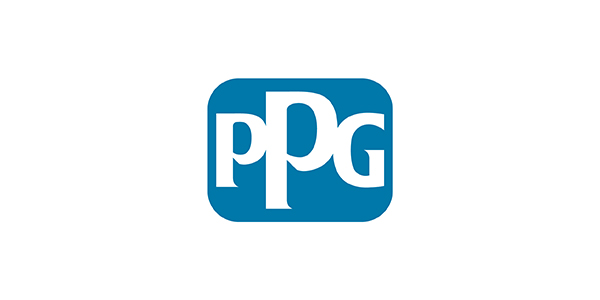 The coatings provider reported fourth quarter net sales of approximately $3.6 billion, up about 2 percent versus prior year in constant currencies.

PPG has reported fourth quarter 2018 net sales of approximately $3.6 billion, down 1 percent versus the prior year. Net sales in constant currencies grew about 2 percent year-over-year aided by higher selling prices of more than 2 percent. Sales volumes were down 1 percent versus the prior year in aggregate. Unfavorable foreign currency translation impacted net sales by approximately 3 percent, or about $110 million, and acquisition-related sales, net of divestitures, added less than 1 percent to sales growth.

“For the full year, we delivered adjusted earnings per diluted share growth despite significant and persistent raw material and logistics cost inflation, which impacted the entire coatings industry and rose sequentially throughout much of the year,” McGarry added. “In addition to achieving higher pricing, we aggressively managed our cost structure delivering about $80 million of full-year cost savings, reaching the top-end of our target. Strategically, during the past year, we announced six acquisitions, including recent announcements of SEM, Whitford and Hemmelrath.

“Our cash flow from operations remained strong, totaling about $1.5 billion for the year, which is consistent with 2017. We also continued our legacy of returning cash to shareholders, with $2.2 billion returned in 2018 through share repurchases and dividends,” McGarry continued.

“As we look ahead, while we remain confident we are well-positioned strategically and financially, we enter 2019 with more global economic uncertainty. The carryover impact from the first-half 2018 cost inflation, significantly unfavorable year-over-year foreign currency translation and modestly lower sales volumes will impact our performance in the first half of 2019. As a result, we currently expect first quarter earnings per diluted share to be in the range of $1.18 to $1.23. We are focused on delivering increased financial results and will be providing certain detailed information regarding our full year 2019 forecast and financial targets in a separate communication,” McGarry concluded.

The company reported full-year cash from operations of about $1.5 billion. For the year, the company completed more than $1.7 billion of share repurchases and paid about $450 million in dividends. Net capital expenditures totaled about $410 million. The company ended the year with approximately $5 billion of gross debt, and about $1 billion of cash and short-term investments. The company had $1.8 billion remaining on its current share repurchase authorizations at year-end 2018.

Full-year 2018 reported net sales from continuing operations were approximately $15.4 billion, up about 4 percent, versus the prior year, including net favorable foreign currency translation of less than 1 percent, or approximately $105 million. Organic sales growth of about 3 percent versus the prior year was supplemented by acquisition-related sales of nearly 1 percent.