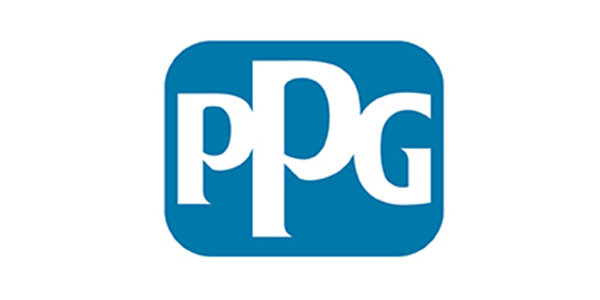 “For the second consecutive quarter, we delivered adjusted earnings per share growth of more than 10%, reflecting continuing improvement in our segment operating margins, which increased 160 basis points year-over-year,” said Michael H. McGarry, PPG chairman and CEO. “We delivered this strong performance in spite of weakening global manufacturing activity that impacted many of our industrial end-use markets. As the quarter progressed, industrial demand began to stabilize in China, but remained challenged in Europe and the U.S.

“For the full year, we delivered adjusted earnings per diluted share growth of about 8%, excluding foreign currency translation, firmly within the 2019 earnings guidance we provided last January. I am pleased that we achieved our earnings target despite macroeconomic conditions that weakened throughout the year. This record performance, including strong adjusted earnings and cash flow growth, reflects our focus on delivering value-added products and services to our customers and our focus on operational excellence and working capital improvement.

“Strategically, we completed several acquisitions during the year including Whitford, Hemmelrath, Dexmet and Texstars. Annualized revenue of the acquisitions we have announced since December 2018 is approximately $500 million, of which about $100 million is in the Asia-Pacific region. We are pleased to welcome these businesses, their customers and our new employees into the PPG family.

“Our 2019 cash flow from operations totaled approximately $2.1 billion, which is about $600 million higher than 2018 and an all-time record for any year. We also continued our legacy of returning cash to shareholders, with about $800 million returned in 2019 through share repurchases and dividends, including a per share dividend increase for the 48th consecutive year,” McGarry continued.

“As we start 2020, we expect organic growth in our Performance Coatings segment to continue as we supply various consumer-facing and aftermarkets where demand remains solid, although segment sales will be impacted due to lower production rates by an aerospace customer. With respect to our Industrial Coatings segment, we anticipate a return to volume growth in the second half of 2020. At the outset of this year, we are beginning to see a modest recovery in China industrial demand, but expect weak general industrial demand to continue in Europe and the U.S. We will continue to aggressively manage our businesses based on these forecasts. Given these expectations, our full-year 2020 financial guidance is as follows:

• Sales growth of 1 to 3 percent in constant currencies, including recently announced acquisitions
•Adjusted earnings per share growth of 4% to 9%, excluding currency translation impacts

“Our guidance range is broad reflecting the heightened level of uncertainty at this particular time. Embedded in our guidance is first quarter earnings per diluted share from continuing operations of $1.32 to $1.42.

“I am very pleased with our team’s ability to achieve record adjusted earnings per diluted share results in 2019, despite broad contraction in industrial demand in most parts of the world. We remain committed to investing in the development of innovative products and solutions for our customers while continuously improving our operational performance. We strongly believe this is a great formula for long-term shareholder value creation. We have an outstanding team and are well-positioned strategically and financially to continue our growth,” concluded McGarry.

Industrial Coatings segment fourth quarter net sales were about $1.5 billion, down $16 million, or 1%, versus the prior-year period. Higher selling prices were more than offset by a 6% sales volume decline. Acquisition-related sales were approximately $80 million, adding 5% to net sales, driven by Whitford and Hemmelrath. Unfavorable foreign currency translation lowered net sales by about $15 million, or about 1%.

In addition, the company reported:
• Fourth quarter cost savings, related to restructuring initiatives, of slightly more than $20 million and about $85 million for the full-year 2019. The company expects incremental cost savings of at least $75 million in 2020, which is reflected in the earnings guidance.
• Fourth quarter corporate expenses of about $65 million, including higher non-recurring employee benefit costs of about $5 million during the quarter.
• The company’s global effective tax rate is expected to be in the range of 22% to 23% for the first quarter of 2020, and 22% to 24% for the full-year 2020.

For full-year 2019, the company returned about $800 million to shareholders, including approximately $325 million of share repurchases and about $470 million in dividends. Capital expenditures totaled about $415 million. The company ended the year with approximately $5 billion of total debt, and about $1.3 billion of cash and short-term investments. The company had about $1.5 billion remaining on its current share repurchase authorization at year-end 2019.