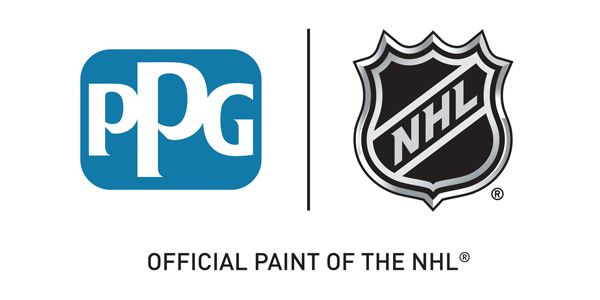 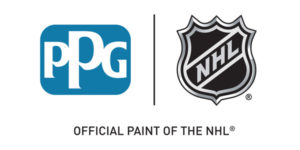 PPG has reached a multiyear corporate marketing agreement with the National Hockey League (NHL) to make PPG paint brands the Official Paint of the NHL in the U.S. and Canada. Financial details and terms were not disclosed.

“We are excited to deepen our relationship with the National Hockey League and the millions of home-improvement consumers and paint professionals who follow their favorite NHL teams in the U.S. and Canada,” said Bryan Iams, PPG vice president, corporate and government affairs. “The loyal fan base of the NHL aligns with the loyal base of customers for PPG products. This latest PPG brand investment broadens our ability to showcase our product lines that help consumers protect and beautify their world, including the PPG PAINTS, GLIDDEN and OLYMPIC brands, and the SICO and DULUX brands in Canada.”

Keith Wachtel, NHL executive vice president of global partnerships and chief revenue officer, said, “We’re honored that PPG has extended its commitment to the sport of hockey through a partnership with the National Hockey League. Partnering with best-in-class paint brands that have an extensive footprint at retail will extend our reach to millions of home-improvement consumers across North America.”

PPG also will receive the opportunity to integrate its paint brands into select NHL premier events. In addition to the NHL Stadium Series at Heinz Field, PPG and its products will be featured at future NHL Stadium Series games and the annual NHL Winter Classic game. To that end, television and venue audiences will see PPG branding on and around the ice adorning dasherboards, and off the ice in programs, scoreboard features and event-related activities.

As part of the agreement, PPG will have rights to use NHL marks and logos on PPG paint product packaging, on store point-of-purchase displays, in contests and promotions, and through social media and digital marketing in the U.S. and Canada. For hockey fans, PPG is planning a variety of engagement initiatives, including coupons and promotions for its paint products. The company also will participate in an NHL Legacy project through the Colorful Communities initiative, a PPG program that aims to enhance, protect and beautify the neighborhoods where the company operates

Advertisement
In this article:NHL, PPG, sponsorships
Print
Up Next: