SOUTHFIELD, Mich. — As the U.S. financial crisis deepens and ripples through the global economy, worldwide light vehicle sales are expected to slow down and reach 56.8 million units in 2009, a drop of 13 percent compared to last year, according to new research by R. L. Polk & Co. 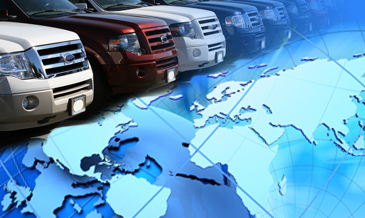 Western Europe is showing less volatility but is still expected to shrink to 13.5 million units in 2009, an erosion of 12 percent compared to 2008. Even the Asian automotive market, which up to this point was experiencing steady and robust growth, will have to undergo a temporary correction. Excluding Japan, Polk is forecasting 12.4 million units for Asia in 2009 compared to sales of 13.3 million units in 2008.

"As domestic automakers are hard at work on their respective turn-around plans, they have to estimate overall industry volume, individual market shares and vehicle mix to project their revenue potential and align their global cost structure," said Lionel Yron, director of Consulting & Analytics at Polk. "With the inability to use rising home prices to generate liquidity and tighter lending rules, Polk sees the U.S. market stabilizing around 16 million units within three to five years depending on the efficiency of the government stimulus package," continued Yron.