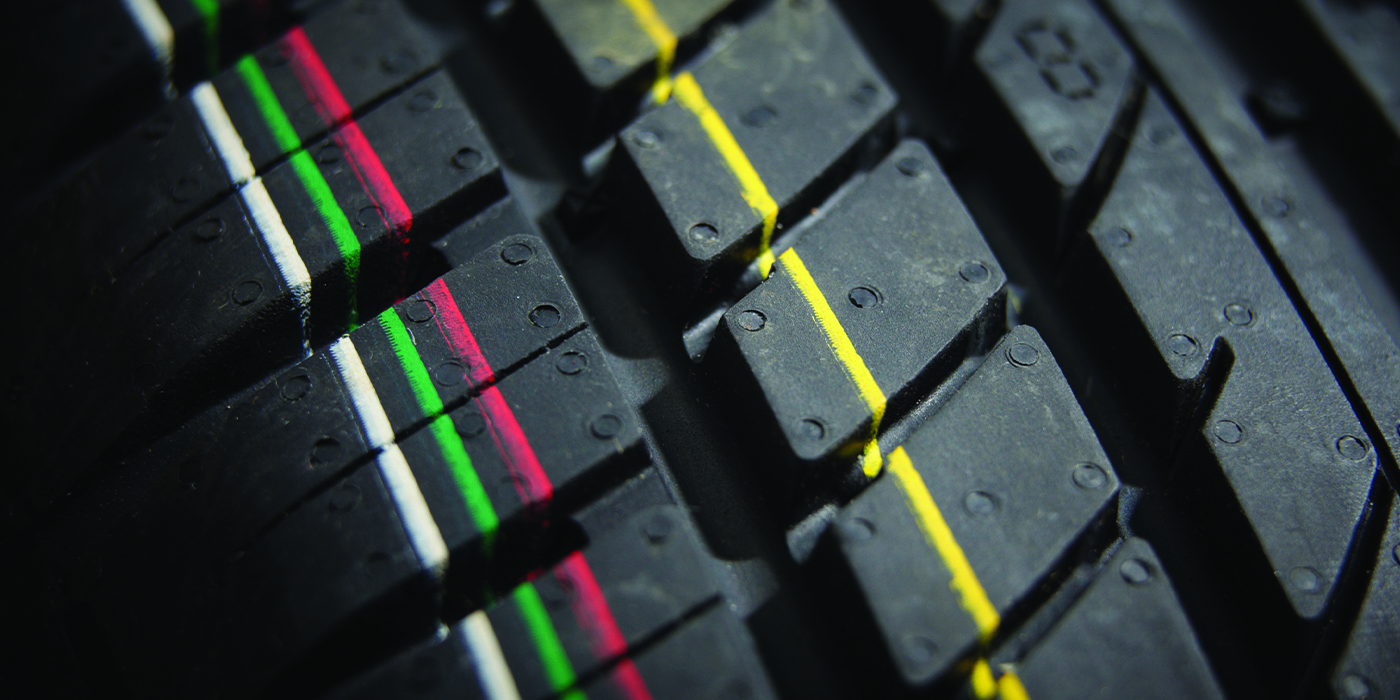 The tiremaker says it will focus on technology, sustainability and young drivers.

Pirelli announced that technology, sustainability, and support for young talent are the three cornerstones of its 2022 motorsport campaign. This will be a particularly significant season which celebrates Pirelli’s 150th anniversary this year, having been originally founded on January 28, 1872, the company says.

“This year’s motorsport season, which gets underway shortly with Rallye Monte-Carlo, marks a turning point for us. We have new products for all our major championships, starting with Formula 1, which reinforce the close links with our road car product. We’re also continuing our mission for increasingly sustainable motorsport, in line with our company strategy, having been awarded an important environmental certification from the FIA at the end of last year. And as always, we look to the future by continuing to support motorsport’s brightest up-and-coming talents,” said Mario Isola, Pirelli’s head of motorsport.

Motorsport has always played an important role in Pirelli’s history, with competition being a part of it for the last 115 years. The first major success came back in 1907, when Prince Scipione Borghese won the gruelling Peking to Paris race with an Itala on Pirelli tires. Today, Pirelli takes part in more than 350 different series all over the world, while 2022 opens up a significant new technical chapter, notes Pirelli. The Formula 1 World Championship introduces new 18-inch tires, while Pirelli has also created tires for the latest hybrid formula in the World Rally Championship, not to mention a new range of tires that covers all the classes in GT racing. On top of that, there’s a focus on different sustainability programs through motorsport, as well as initiatives to support young drivers.

THE TECHNOLOGY IN THE NEW TIRES

Formula 1. Formula 1 is about to embark on a technical revolution with Pirelli at the forefront, similar to when the championship was first inaugurated in 1950, the company says. After more than half a century of 13-inch tires, the size will now increase to 18 inches, playing a key part in the new technical regulations for 2022, which re-introduce ground effect.

The new 18-inch tires were designed from the ground-up, with every element of the tire drawn from a clean sheet of paper: from the profile, to the structure, to the compounds.

The design process included more than 10,000 hours of indoor testing, more than 5,000 hours of simulation, and more than 70 prototypes developed virtually, to eventually create 30 different specifications that were tested by nearly all the teams over more than 10,000 miles, the company adds. The role of the drivers was crucial, with each of them contributing to the development at various points and helping Pirelli arrive at the definitive specifications thanks to their feedback.

The new 18-inch tires are also more like the tires used every day by ordinary motorists, which helps Pirelli to transfer Formula 1 technology onto the road car product.

Rally. Pirelli says it has also been present in rallying from the very beginning: since the very first World Rally Championship was run in 1973. It has been at the cutting-edge of tire technology ever since, with 2022 marking the introduction of hybrid engines on World Rally Cars. Pirelli has evolved its entire range of P Zero, Scorpion and Sottozero tires to cope with the extra weight and additional power of the new Rally1 formula.

The P Zero tires for asphalt and Scorpion tires for gravel benefit from a reinforced structure and optimized design in order to cope with the increased demands due to the more than 200 pounds of extra weight, as well as the increased torque from the electric hybrid units.

These new tires were first tested with the teams during sessions held at the end of 2021. The data gathered during winter testing, as well as the information obtained from the rallies held in 2022, will provide additional reference points for any future evolutions of these products, in line with Pirelli’s philosophy of continual development. Finally, the studded ice tire that will make its debut in Sweden benefits from a reinforced structure and improved studs.

GT Series. In GT racing, Pirelli says it has optimized all its knowledge and production processes to create a more streamlined range of tires and increase efficiency as well as stock control. The new range of tires, called P Zero DHF, has been designed to cater for every class of GT racing: GT2, GT3 and GT4.

The new P Zero DHF takes over from both the DHE that has been used up to now for GT3, as well as the DHB that has been used for GT4. The P Zero DHF makes use of a new family of materials, which guarantee a wider working range – especially in warmer conditions – and a new construction that improves the balance between front and rear. The result is increased performance, greater versatility, and a better feeling for the driver. There will also be a renewed range of tires for the one-make championships supplied by Pirelli, which is a partner to some of the most prestigious car makers in the world, such as Ferrari, Lamborghini and McLaren. These innovations will benefit not only the drivers in those series, but also drivers of similar road-going examples on the streets.

Reinforcing the close links between road and track, the Trans-Am series in the United States will swap 16-inch tires for 18-inch tires this year. The Spa 24 Hours will remain Pirelli’s biggest and busiest single motorsport event of the season: involving more than 100 people of 13 different nationalities as well as nearly 30 trucks, needed to transport more than 13,000 tires.  GT racing represents Pirelli’s core values, thanks to the collaboration with car manufacturers that allows Pirelli to maximize the lessons learned on the racetrack to develop the latest generation of P Zero ultra-high performance tires for the road.

A focus on environmental sustainability has always been central to Pirelli’s strategy and is fully integrated into the company’s business model, the company says.

Pirelli is the first and only tire maker in the world to have scored three stars in the FIA’s Environmental Accreditation Program: a prestigious recognition for the company’s efforts supporting sustainability in motorsport, says Robert Reid, the FIA’s Deputy President for Sport (who is also responsible for sustainability).

Among the measures that Pirelli has undertaken to gain this accolade in Formula 1 is the increased use of renewable materials, the elimination of single-use plastics from on-track activities, and a supply chain that is entirely managed according to environmental and social sustainability practices. In addition, Pirelli says its motorsport activity has successfully passed a series of rigorous sustainability audits that take into account several different elements to help reduce environmental impact, starting with carbon emissions. Sustainability is also at the heart of the development of Pirelli’s new GT tire – the P Zero DHF – thanks to the extensive use of virtual modelling, which means that the number of physical prototypes needed can be reduced. The latest range of DHF tires includes new types of renewable materials that help Pirelli to reach its ambitious environmental targets, while using the same tyre for different classes means that the impact on the environment is reduced from a logistical point of view.

Examples of Pirelli’s environmental sustainability objectives, both in business and manufacturing, include a reduction of overall CO2 emissions by 25% by 2025 (compared to 2015 levels) and a quota equivalent to 100% of electrical energy acquired from renewable sources: an objective that has already been reached for Pirelli’s European factories, which includes the motorsport factories in Slatina (Romania) and Izmit (Turkey).

When it comes to logistics, Pirelli uses a fleet of the most recent Euro 6D trucks to transport tires and chooses to send as much freight as possible by sea, which is much less polluting than air freight.

In future, Pirelli says its environmental strategy will enable the company – including the motorsport division – to become entirely carbon neutral by 2030, thanks to aggressive plans to replace fossil fuel with 100% renewable energy.

Pirelli add it is also engaged in research projects to recover valuable materials from motorsport tires at the end of their lives, and the company is evaluating innovative ideas to extract primary materials from used tires as they are recycled. To increase the number of tires involved in this process, Pirelli has started a campaign within the wider world of motorsport to recover all the tires used internationally throughout a variety of motorsport competitions.

Helping young talent to develop their skills is another important aspect that has always characterized Pirelli’s approach to motorsport, thanks to various programs in Formula 1 as well as the World Rally Championship, not to mention many other national championships, the company says.

In 2022, Pirelli adds its support of young drivers is intensified thanks not only to the firm’s continued involvement in the Junior WRC – which this year uses four-wheel drive cars for the first time – but also with its backing of the FIA Rally Star program: a new competition launched and run by the FIA to find new rallying talent among youngsters between 17 and 26. This is an evolution of the famous Pirelli Star Driver scheme that launched talent such as Ott Tanak and Elfyn Evans, while Craig Breen graduated from another well-known Pirelli-backed initiative to find future rally drivers: the WRC Academy. The young drivers in the Rally Star programme are chosen through a layered selection process based on digital motorsport as well as real driving.

Similar initiatives are in place to help propel promising circuit drivers toward Formula 1 as well. For many years, Pirelli says it has awarded a cash scholarship to the winning Formula 3 driver, as a helping hand towards the top.

Another important project Pirelli says it is supporting is the FIA Girls on Track program, designed to promote female drivers and the participation of women in motorsport. All this in the spirit of inclusion and equality, which has always been a priority for Pirelli.

Advertisement
In this article:Motorsports, Pirelli
Print
Up Next: