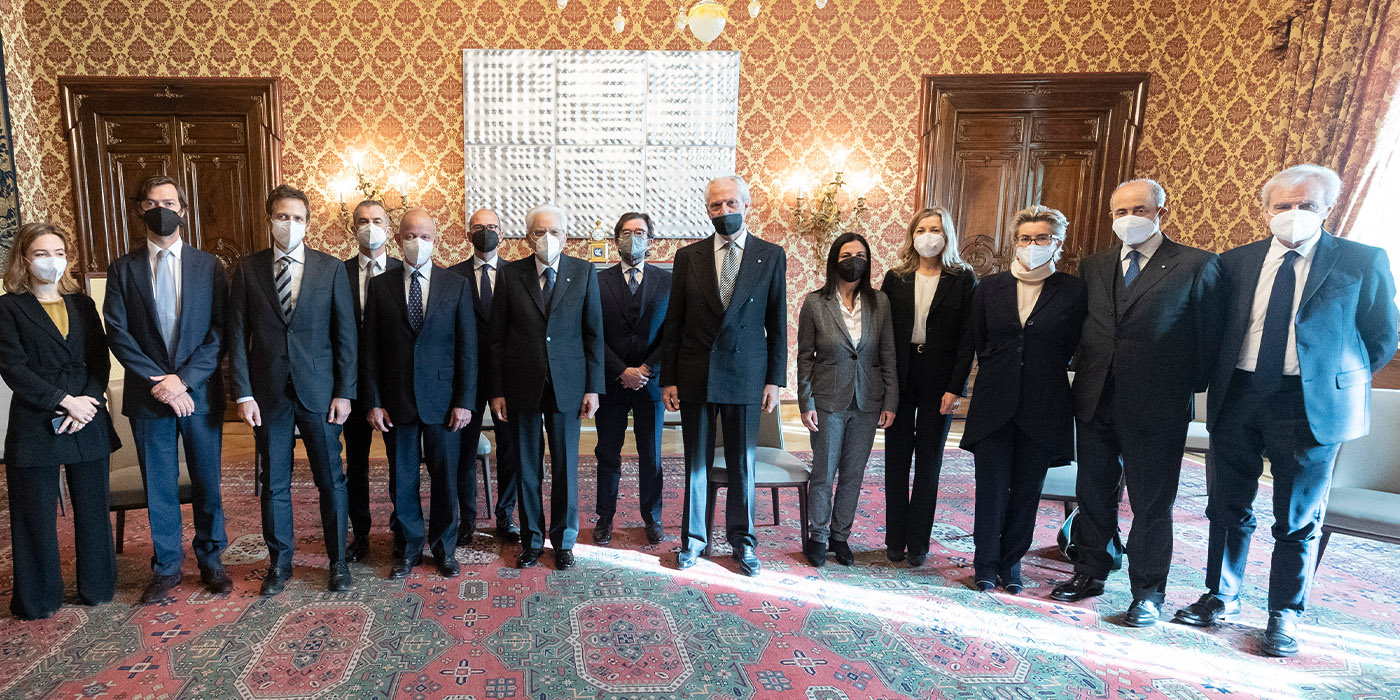 The delegation was honored on the eve of the 150th anniversary of the company’s inception on Jan. 28, 1872.

The Executive Vice Chairman and CEO of Pirelli, Marco Tronchetti Provera, along with a Pirelli delegation, were received today by the President of the Italian Republic, Sergio Mattarella, on the eve of the 150th anniversary of the company’s inception on January 28, 1872.

“It was a great honor for me and for us all to have been received by President Mattarella on the eve of the 150th anniversary which Pirelli is celebrating in January 2022. Since 1872, in fact, our company, thanks to the passion and desire to innovate of its people, has brought Italian excellence to the world, a testament to the values of entrepreneurship that have characterized the company since its birth,” said Provera.

“The attention to product quality and production processes, to cutting-edge research, to the market’s international culture as well as to the wellbeing of people in the workplace worldwide, demonstrated by the founder Giovanni Battista Pirelli and subsequently by his sons Alberto and Piero and grandson Leopoldo still characterize Pirelli today. A company I am proud to lead and which focuses on the future every day, laying the foundations for the celebration of still many years of growth,” Provera continued.

Advertisement
In this article:anniversary, Pirelli
Print
Up Next:

ZF Acquires A Stake In Apex.AI