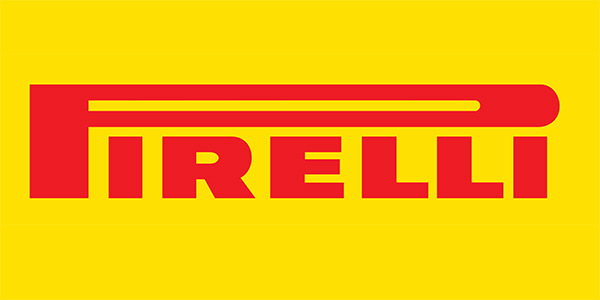 In 1959, Pirelli launched a new tire at the Turin Motor Show, which would change the face of winter driving, said the company.

In 1959, Pirelli launched a new tire at the Turin Motor Show, which would change the face of winter driving. Back then, as is still the case now, autumn was the time when people started to think about preparing themselves and their cars for the winter season ahead. But they never expected the invention from Pirelli that they were presented with in Turin 60 years ago, called the BS3, said the company.

In Italian, this stood for ‘battistrada separata,’ or ‘separate tread.’ The clue was in the name. This truly innovative tire consisted of a carcass and tread pattern as usual, but these were not vulcanised (or ‘cooked’) together, which meant that tread patterns could be switched easily without even removing the wheel from the car, like taking on or putting off a coat.

This allowed the actual tire to be conveniently adapted for either winter or summer conditions, depending on the season. It was an innovative concept that remained in production for a number of years: foreshadowing the idea of switching tires for each season.

A TOUCH OF GENIUS

Nothing like it had ever been seen before in the industry, making this a truly disruptive technology at the time. The man who signed the Pirelli BS3 patent form was an engineer named Carlo Barassi, who at the time was head of technology in Pirelli’s technical office: a department now known as research and development. The actual idea was born a few years earlier: a product of the unstoppably creative mind of the engineer Giuseppe Lugli, who back then was head of the physics laboratory in Pirelli’s tire department.

Lugli was a great lover of skiing and the mountains, so he was very familiar with the challenges of driving in winter. Up to that point, the best way of dealing with winter conditions for drivers was to strap on snow chains, which simply attach to the outside of the tire to help provide more grip. But the difficulties associated with that were many and the advantages limited. This technique was something that was actually originally thought of for agricultural vehicles in muddy fields: hardly cutting edge stuff.

HOW DID THE BS3 WORK?

The way that the BS3 system actually functioned is as easy to explain as it is incredible to imagine. The tread was mounted on three rings of the same diameter as the actual tire carcass. These were then attached to the tire carcass and held in place simply by air pressure from the tire. When the season changed, it was enough to take off the existing tread and replace it with one that was more suited to the weather conditions. The story of the incredible BS3 is also linked to the story of another iconic tire from Pirelli, as the summer tread pattern for the BS3 was in fact borrowed from the Cinturato.

FROM SERVICE STATIONS TO RALLY STAGES

The arrival of the BS3 ushered in another innovation. Thanks to an agreement with Autogrill, Italy’s well-known network of service stations, Pirelli created dedicated workshops on the ‘Autostrada del Sole’ motorway that links north to south. There, Pirelli technicians were able to swap BS3 tread patterns, as well as look after any other tire-related needs that motorists had.

The remarkable innovation that Pirelli introduced with the BS3 also made its presence felt in motorsport: the toughest proving ground of all. The BS3 was used on the 1961 Rallye Monte-Carlo with excellent results. A total of 28 crews started the rally on this game-changing tire, with 23 of them finishing. Rallying subsequently helped to develop the very first dedicated winter tire that Pirelli ever released: the MS35. Particularly devoted rally fans may even remember the TV advertisements for this tire, with Sandro Munari driving the Lancia Fulvia in which he won several rallies – including the 1972 Monte-Carlo – staying in control thanks to the Pirelli MS35.

The unprecedented story of the Pirelli BS3 shows how, even 60 years ago, there was a strong awareness of needing the right tires for the season. In many countries, winter tires are now required by law during certain times of year.

As for the pioneering BS3, the massive strides made in vehicle performance rendered the concept of a separate tire and tread pattern obsolete. Pirelli then focused its efforts on pure winter tires, which brings us right up to the present day. Sixty years later, the Italian firm is now able to rely on a specialized family of winter tires that ranges from the Scorpion Winter for SUVs all the way to P Zero Winter for performance cars, as well as the Cinturato Winter for compact and medium cars. All products sprinkled with the same Italian genius that gave life to the ground-breaking BS3, said the company.

Advertisement
In this article:Pirelli
Print
Up Next:

Pirelli Celebrates 60th Anniversary Of Its BS3: The Tire That Came With A Winter Coat