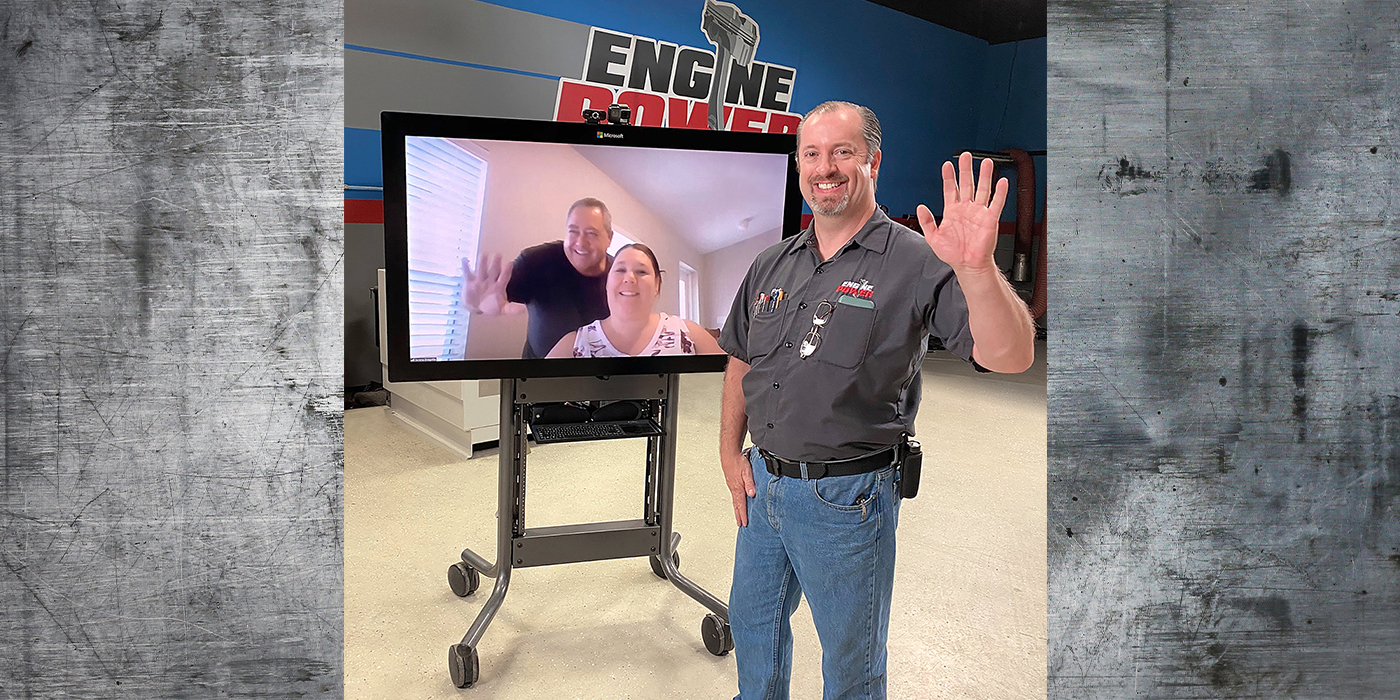 Permatex and PowerNation, America’s most watched automotive how-to show, have announced the winner of their Dodge Challenger Sweepstakes. More than 1 million sweepstakes entries were received since the program kicked off in August 2019 and when PowerNation began to create the special Dodge Challenger.

Mark Dragotta of Florida was selected as the lucky winner of the custom-built dark blue 2019 Dodge Challenger 5.7L Hemi V8 in a special drawing and presentation held at PowerNation’s studios in Nashville, Tennessee. The two companies said that while Dragotta’s exciting win was a fitting ending to an epic sweepstakes promotion delayed by the COVID-19 pandemic, the story comes full circle as Dragotta is no stranger to the Dodge Challenger marque. As he explained during a segment of PowerNation’s Engine Power, Dragotta was once the proud owner of a dark blue 1970 Dodge Challenger, which he was forced to sell more than 20 years ago.

Paco Agrafojo, Permatex director of marketing, responded to Dragotta’s sweepstakes win, and noted, “Permatex could not have picked a better winner for our sweepstakes than Mark Dragotta. He had to sell his cherished dark blue 1970 Dodge Challenger as other commitments began to take precedence, and 20 years later he is once again the owner of a dark blue Dodge Challenger. We are thrilled that Permatex and PowerNation were able to get Mark behind the wheel of this fantastic machine.”

Advertisement
In this article:permatex, PowerNation, sweepstakes
Print
Up Next: