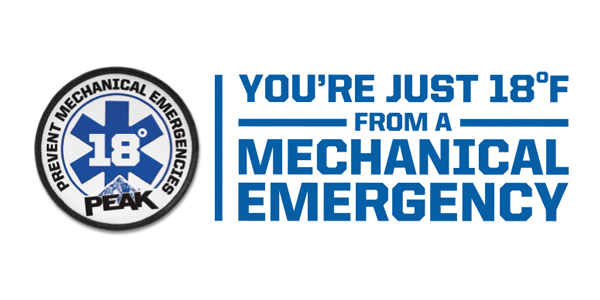 The campaign aims to educate consumers about simple steps they can take to prevent unnecessary breakdowns and repairs. 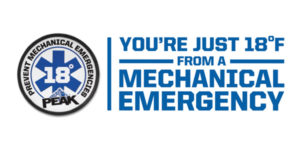 PEAK has announced a new marketing campaign created to raise awareness of coolant maintenance and its vital role in the overall health of a vehicle. The campaign aims to educate consumers about simple steps they can take to prevent unnecessary breakdowns and repairs. Just as prevention is vital to one’s physical health, it’s imperative that vehicle owners adopt the same mindset toward their vehicles, PEAK says.

“Cooling system failure is the leading cause of mechanical breakdown,” said Randy Turner, director, brand marketing at Old World Industries. “If an engine runs just a few degrees above or below normal operating temperature, drivers are risking serious and costly engine damage,” he added. “Keeping the right coolant chemistry and maintaining coolant levels needs to be a top priority for drivers.”

To communicate this message, PEAK has created a new campaign with a prevention-focused medical theme. Featuring the message, “You’re Just 18 Degrees Away From A Mechanical Emergency,” the campaign will surround consumers at every touchpoint with consistent and relevant messaging to encourage proper coolant maintenance. Social media, a national print and digital media plan, retail and at track activation will urge drivers to “Check Your Coolant Every Time You Open The Hood.” Online training modules and sales incentives will encourage and reward retail employee participation.

PEAK plans to leverage its relationship with the NHRA and John Force Racing to elevate the campaign’s profile and appeal to motorsports fans with at track activations, including a 30-second ad spot and midway display. The NHRA legend John Force will appear prominently in the campaign. PEAK campaign graphics will be featured on the John Force funny car and fire suit, and campaign materials will have a presence in the hospitality suite. Leading retail stores will be eligible to host store events with appearances by John Force Racing team members.

“PEAK is excited to step up and educate consumers about the importance of coolant to vehicle health,” said Turner. “We believe this initiative will have a positive effect on the entire category, and we’re thrilled to have John Force lend his larger-than-life personality to the campaign.”

Advertisement
In this article:Ad Campaign, PEAK
Print
Up Next: