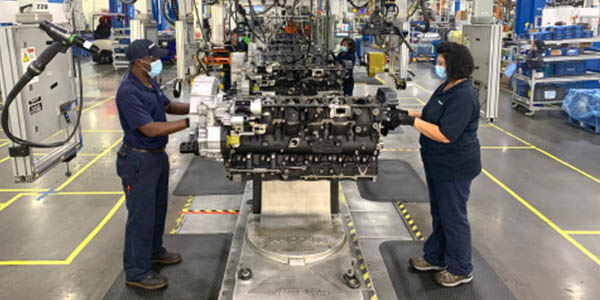 PACCAR earned net income of $147.7 million ($.43 per diluted share) in the second quarter.

“PACCAR achieved good quarterly revenues and net income in the second quarter of 2020,” said Preston Feight, CEO. “PACCAR closed its factories for five weeks at the beginning of the quarter and has gradually resumed production while enhancing operating processes and procedures for employee health and well-being, manufacturing efficiency and customer satisfaction. I am very proud of our outstanding employees who delivered excellent production and distribution performance while enhancing PACCAR’s rigorous health and safety standards.”

“PACCAR is in excellent financial position, with manufacturing cash and marketable securities of $4.17 billion at June 30, 2020, and bank facilities of $3.0 billion,” shared Mark Pigott, executive chairman. The company has credit ratings of A+/A1.

PACCAR’s board of directors declared a regular quarterly cash dividend of thirty-two cents ($.32) per share, payable on September 1, 2020, to stockholders of record at the close of business on August 11, 2020.

Highlights of PACCAR’s financial results for the second quarter of 2020 include:

• Cash generated from operations of $934.9 million.

Highlights of PACCAR’s financial results for the first six months of 2020 include:

• Cash generated from operations of $1.36 billion.

“The U.S. and Canada Class 8 truck market is rebounding as state and local economies re-open,” said Mike Dozier, senior vice president. “Customers benefited from lower fuel costs, and many sectors experienced higher freight volumes and improved freight pricing as the quarter progressed. Class 8 truck industry orders in June were 28% higher than June last year.” Class 8 truck industry retail sales in the U.S. and Canada are estimated to be in a range of 160,000-190,000 trucks in 2020, though the market size and economy could be impacted if there was a resurgence of COVID-19. Peterbilt and Kenworth achieved U.S. and Canada Class 8 truck retail sales market share of 29.6% through June this year, compared to 29.1% during the same period last year.

Harry Wolters, DAF president, said, “Customer demand for fuel-efficient DAF XF, CF and LF trucks bounced back in May and June as the European economies improved.” European truck industry registrations in the above 16-tonne market are estimated to be in a range of 190,000-220,000 vehicles this year.

The South American above 16-tonne truck market is projected to be in a range of 60,000-80,000 trucks in 2020. “Customers appreciate the durability and reliability of DAF trucks in Brasil, which is one of the most demanding operating environments in the world,” said Mike Kuester, assistant vice president of South America. “DAF achieved a record 9.1% market share in the Brasil above 40-tonne truck segment in the first half of this year.”

Advertisement
In this article:PACCAR
Print
Up Next: