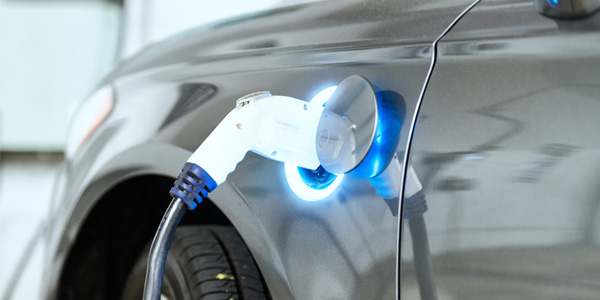 According to the Cox Automotive Evolution of Mobility Study: The Path to Electric Vehicle Adoption, consumers and dealers share similar concerns with costs, battery life and charging infrastructure.

Dealers and automakers are in the driver’s seat when it comes to laying a positive foundation for the nearly 100 new electrified models scheduled to arrive in the U.S. market in the next few years. However, without collaboration between the two groups, clearing up the common misconceptions facing electric vehicles (EV) could delay widespread adoption, according to the Cox Automotive Evolution of Mobility: The Path to Electric Vehicle Adoption Study.

For the study, Cox Automotive surveyed 2,503 consumers – divided into EV Owners, EV Considerers and EV Non-Considerers – as well as 308 franchised dealers. The objective of the study was to explore the gap between consumers’ and dealers’ barriers and expectations with the current EV realities in the U.S. The research, which is the latest chapter of the Cox Automotive Evolution of Mobility Study, also examines EV shoppers’ dealership experiences during their purchase journey and the key support areas dealers need from OEMs to increase EV sales.

When Non-Considerers named the leading barriers to EV adoption, 83% cited battery life and charging anxiety, and 70% cited costs. While these factors have continued to test consumers’ and the industry’s acceptance of electric vehicles, the study sheds a positive light on an electrified future with the right education and technology in place.

EV Affordability Is Within Reach
Despite 77% of Considerers and 87% of Non-Considerers perceiving initial costs for EVs as “somewhat or much more” than internal combustion engine vehicles, the price gap between EVs and gas-powered vehicles is closer than most realize and continues to tighten. In tracking average transaction price, EV pricing has only minimally increased in the last 7 years while pricing for new internal combustion engine vehicles has spiked almost 19%. EVs could become even more attractive and affordable with the application of new rebates and other EV-focused purchasing incentives.

Apart from market leader Tesla, EV awareness remains low for most automakers today. According to the study, Tesla’s awareness at 81% nearly doubled every other manufacturer – Toyota at 52%, Chevrolet at 47%, Nissan at 42%, and Honda at 39%. However, consumer awareness and consideration are likely to rise with more inventory, more variety and affordability coming to the EV category in the next several years. With these new models, consumers are also hoping for more performance and technology, particularly around autonomous and safety features.

Battery Lifespan & Replacement Fears
In addition to concern over the initial cost of purchasing an EV, consumers also have reservations over battery life and the costs associated with battery replacement. Of EV Considerers, 50% view the average battery life at 100,000 miles or more, and 46% thought average battery life was 65,000 miles or less. This is in comparison to the expected lifespan of an ICE powertrain of about 200,000 miles, according to Consumer Reports.

Providing assurance over battery lifespan and replacement cost concerns, the Federal government instituted a mandate for OEMs to offer a minimum of an 8-Year/100,000-mile warranty on batteries. Some manufacturers are offering even more protection, such as the lifetime battery warranty on the Hyundai Kona EV. Regardless of these affirmations, more than half (52%) of EV owners still elected to purchase the extended warranty for their battery, providing them with even more peace of mind. Much of this risk will likely soften with the advancements in battery technology and manufacturing. In fact, the cost of lithium ion automotive batteries has decreased 77% since 2010 and another 45% decrease is anticipated by 2021. These are eventual cost savings that will benefit dealers, OEMs and EV shoppers.

Charging Infrastructure Is a Priority
Range remains a top concern of Considerers, who expect a range of about 240 miles, but ultimately are looking for a range of 300 miles, which is more in line with current gas-powered vehicles. With most current and future EVs meeting or exceeding consumer expectations, range should become less of a deterrent.

The bigger challenge facing the industry is the delivery of a sufficient public and private charging infrastructure. There is a clear need for more charging stations with 68% of EV owners citing a need for more charging availability around their home and 63% desiring more around their work. Consumers also want to multi-task while they charge away from their home or workplace. In line with today’s on-demand economy, EV shoppers also showed interest in future battery charging services, with Owners and Considerers responding favorably to mobile (77% and 83%, respectively) and robotic (74% and 76%, respectively) battery charging services.

Better Dealer and OEM Alignment Means More EV Sales
While dealers surveyed agree with consumers on the primary barriers of EV adoption – vehicle costs, battery life and charging infrastructure – dealers also pointed to several operational challenges making it more complex for them to sell EVs. Slightly more than half (55%) of dealers surveyed reported a lack of inventory – both availability and number of models, and half of dealers said there are not enough public charging stations.

With EV sales only representing less than 3% of total New vehicle retail sales volumes in the U.S., according to IHS, dealers are not selling many EVs today. Dealers’ lack of enthusiasm can be attributed, in part, to the perception of lower profits for EVs with 54% of dealers seeing lower ROI for sales of EVs compared to gasoline-powered vehicles. In addition, one third of dealers pointed to the lack of OEM sales and marketing support and poor sales training as a challenge. Among dealers who are receiving support, only one-third of them find it helpful. Additionally, only nine percent of dealers feel OEMs are exerting pressure to hit certain EV sales targets decreasing the urgency for the dealership. Automakers however are in a prime position to fill in the gaps with their dealer partners, and there’s payoff in the right alignment. Dealers receiving quality OEM support enjoy higher sales, garnering 88% more in EV sales than those who receive less support.

Record Precipitation Drives Category Growth In US Automotive Aftermarket During The First Half Of 2019, According To NPD