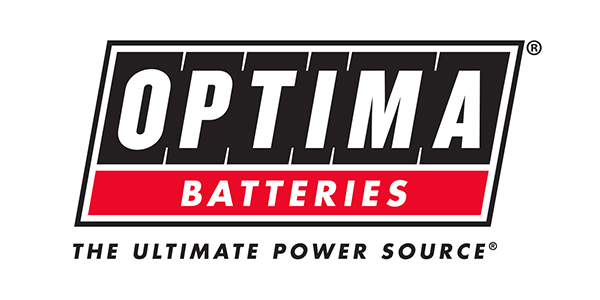 New this year, OPTIMA will be showcasing several high-impact demonstrations throughout the week at 10 a.m. and 2 p.m. each day of the show.

OPTIMA Batteries, a leading brand of Clarios, invites SEMA attendees to visit the OPTIMA Batteries booth #20323 (Central Hall) to check out its full product line and meet with industry professionals to learn why OPTIMA is a global leader in high-performance automotive and marine batteries and digital battery chargers, and is truly the Ultimate Power Source.

This year, OPTIMA Batteries held their Ride Shotgun promotion, which offered seven once-in-a-lifetime opportunities to enthusiasts to experience thrilling adventures riding along at Nürburgring, Pikes Peak Airstrip, King of the Hammers, a drag race, the Rubicon Trail and a bass fishing tournament with one of seven OPTIMA PowerPro Brand Ambassadors. During the press conference in booth #20323 on Tuesday, Nov. 5 at 2:30 p.m. / PST, OPTIMA will be announcing the seven lucky enthusiasts who won these experiences.

“We look forward to the SEMA Show every year for the opportunity to highlight the versatility of OPTIMA products through a diverse collection of vehicles and drivers across our booth that view OPTIMA as The Ultimate Power Source,” said Cam Douglass, director of marketing, OPTIMA batteries, Clarios. “This year in our booth, we’ll also be conducting live demonstrations with these drivers and their unique applications to help educate and show attendees the quality of our product portfolio.”

The OPTIMA booth vehicle collection, and their builders, will include:

Last year’s OUSCI Winner is back again. DuSold is returning with his ‘67 Camaro to the SEMA floor to show off the vehicle’s near 50/50 weight distribution, traction control, ABS and 1,100 horsepower on tap in the street-legal, first generation F-body. The interior carries over the fighter plane theme with functional gauges and a cockpit-inspired layout.

Ward’s newest car creation is a 638-horsepower 1949 Hudson Coupe. The vehicle is powered by a 6.2-liter supercharged LS9 V8 out of a Corvette ZR1, and its custom-fabricated alligator skin interior alone took more than 400 hours of work.

This rebuilt Porsche was built from the ground up in under 30 days, starting with just a rolling GT3 cup shell. The Bbi HLLCLMBR spec engine features a pair of Garrett G-series G25-660 turbos and is controlled with Turbosmart wastegates and blow off valves. An IPD plenum removes the bottleneck at the intake manifold and accommodates an 82mm throttle body.

Debuting for the first time at SEMA, Clay is introducing his 1996 BMW M3. The new ride features a P63 BMW motorsport 4.4L twin-turbo engine, producing over 1,000 horsepower and an aero package with tunnels making over 3,000 pounds of downforce at an estimated 125 mph.

McRae is back introducing his biggest Jeep ever to the SEMA show floor. Named “Big Daddy,” the new Jeep is low, long and strong, supported by a custom axle, frame and body modification made to clear 42”.

The 1964 Volkswagen Notchback, dubbed “OutlawNotch,” mixes classic Volkswagen styling with race inspiration. The Notchback will feature a Nardo grey exterior with a fully custom fabricated interior. Additionally, the vehicle will sport one off set of forged three-piece wheels and big brakes.

Evers, who is an OPTIMA Ambassador and professional MLF bass fisherman, will be bringing his 2019 NITRO Z21 Pro boat to the SEMA show floor for the first time ever.

New this year, OPTIMA will also be showcasing several high-impact demonstrations throughout the week at 10 a.m. and 2 p.m. each day of the show. Most notable, ‘Anatomy of the Ultimate Power Source’, is a compelling live battery demonstration, where the audience will be encouraged to ask questions and participate. Additionally, OPTIMA Brand Ambassadors will be present at the booth throughout the week to sign autographs and discuss why they choose to run OPTIMA batteries in their vehicles. Live tech support will also be available at the booth as OPTIMA tech experts will be on-site all week to help answer any product questions.

Following the SEMA Show, the OPTIMA Ultimate Street Car Invitational (OUSCI), presented by Advance Auto Parts will return to the Las Vegas Motor Speedway on Saturday, Nov. 9, and Sunday, Nov. 10. Vehicles from the SEMA Show floor also have the chance to be selected for a Golden Ticket entry to compete in the event. Interested drivers can submit their vehicle for consideration for a Golden Ticket in advance of the show via this application form. A total of ten Golden Ticket winners will be announced at the press conference on Thursday, Nov. 7, at 1 p.m. / PST at the OPTIMA booth #20323.

Spectators are invited to experience the OUSCI and admission is free with a 2019 SEMA credential. Visit the OUSCI Facebook page to get the latest news and updates and use the #OUSCl hashtag to track social media conversations around the 2019 OPTIMA Invitational.

Advertisement
In this article:OPTIMA Batteries
Print
Up Next: