Larry Steck, vice president of Steck Manufacturing in Dayton, Ohio, died Friday, Oct. 17, due to complications following his recent heart surgery. He was 56. 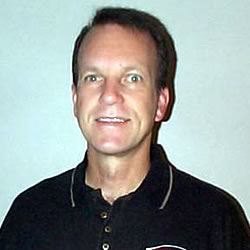 Larry was a life long employee of Steck and was very passionate about the company and its employees, according to Steck President John Brill. He was also actively involved with his church and other volunteer activities.

His brother Ray wrote in a recent memorial that Larry was the ultimate “people person.”

“Larry was a doer, not a talker,” Ray Steck writes. “He loved getting his hands dirty helping others. He was very active at Far Hills Baptist Church where he started and operated their bookstore, worked in youth programs, served on many committees and was an elder for the church. Larry volunteered for work parties that traveled to numerous places around the country to help build churches in other communities and to help hurricane victims following Katrina. He spent many days repairing roofs for strangers with no expectation of reward. He even went to Cuba and Venezuela to help out strangers.

“Larry never sought recognition for his work, he simply looked for people who had a need and figured out how he could help them. He was a soldier for Christ who let his actions do his talking.

“At Steck Manufacturing, Larry, like myself and our brother Mark, was raised in the business and started working for Dad while he was still in grade school. Larry was a leader without being a boss. Larry respected everyone regardless of position or rank in life. He was innovative and changed many of the systems and ways we work at the shop.”

Larry is survived by his wife Janet, his brothers Ray and Mark and his sister, Sandy.

In lieu of flowers, contributions may be made to: