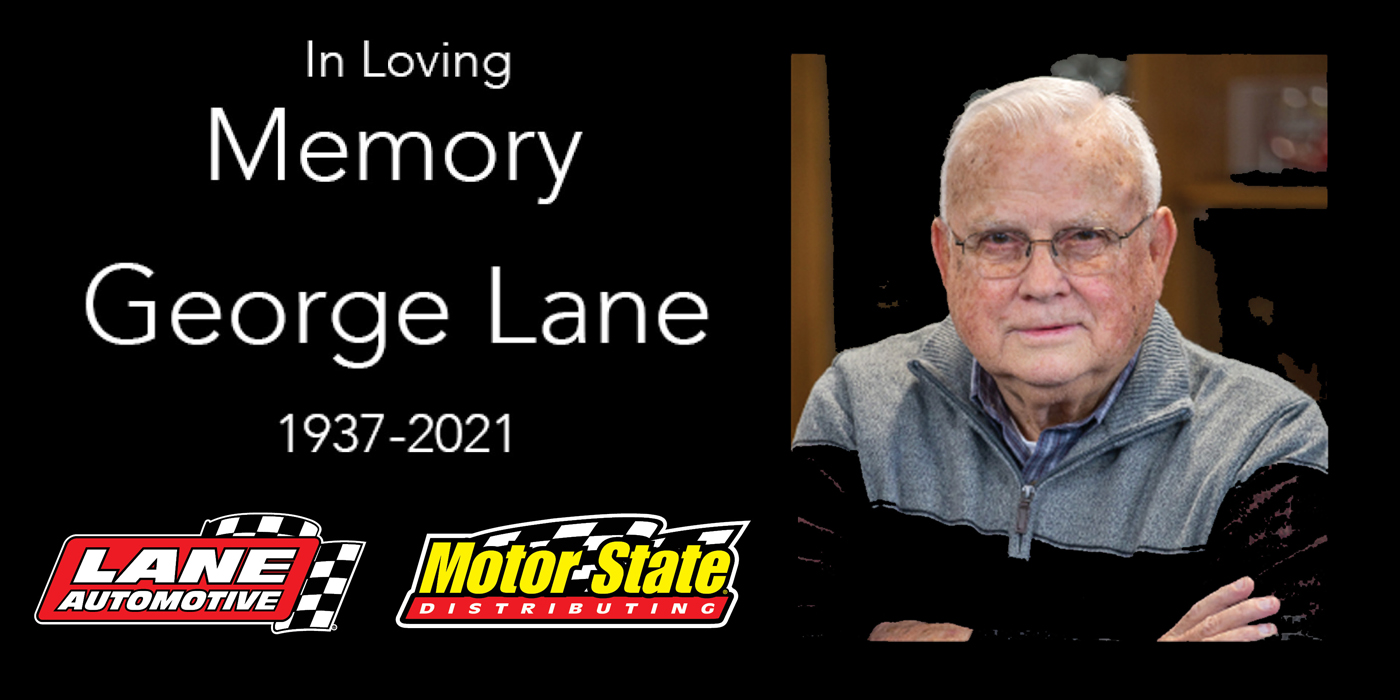 From humble beginnings to building an automotive powerhouse, George Lane was a true pioneer.

The family of Lane Automotive Founder George Lee Lane have announced his passing. His obituary is below.

It is with great sadness that we announce the passing of George Lee Lane. Born and raised in Southwest Michigan, it is where George met his lifelong wife and partner, Janet, and they settled to raise their two sons, Doug and David. From humble beginnings to building an automotive powerhouse, George, a devoted husband, father, grandfather, entrepreneur, and racer, was a true pioneer. He had an unparalleled passion for cars, racing, and really anything with an engine! To feed this passion, George would make frequent trips to the Detroit area to purchase performance parts for himself and friends. This ultimately led to his first startup, a part-time speed shop operated out of his garage. As this venture began to flourish, George started selling these parts to local racers and hot rod enthusiasts. His business grew quickly, and in 1964 Lane Automotive was formed. Not long after, in 1970, George launched Lane’s wholesale division, Motor State Distributing. This division brought performance and racing parts from manufacturers across the country to locally owned speed shops and retailers throughout the Midwest. George later launched Allstar Performance, a brand focused on specialty racing parts and equipment.

Over its 57 years in business, Lane Automotive has grown into a multi-generational business which has had the privilege to be led by George, his children, and most recently, his grandchildren. Under George’s leadership, fueled by his unwavering love for the industry, his company has grown into a well-recognized and highly respected brand, serving performance automotive enthusiasts around the world. Regardless of the company’s growth, however, George remained heavily involved in the racing and hot rod scene and could often be found at local tracks on race day. He helped to support local tracks and racers, as well as to standardize many safety and certification practices across various sanctioning bodies. For this, George was honored with his induction into the Michigan Motorsports Hall of Fame in 2001.

Heavily involved with helping to promote and expand the automotive aftermarket industry, George saw the value and importance of supporting the industry’s organizations, shows, and conferences through membership and participation.

Even after he formally retired, George continued to be actively involved with the company. He was a fixture at the annual Lane Automotive Car Show, and a regular at Cars and Coffee events where he could often be found swapping stories with customers he had known for decades. He lived life and built his company around a core set of values that are still at the epicenter of Lane Automotive culture: Accountability, Innovation, Integrity, Passion, and Respect. These values are forever central to our business, its employees, and the service we provide to our valued suppliers and customers.

George Lane both shaped and left an indelible mark on the automotive aftermarket, his family, and those he met throughout his full life. He will be greatly missed, but we are honored to carry his legacy forward for generations to come.