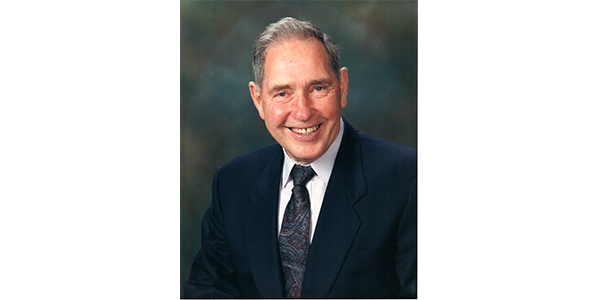 From his training as a mechanic while he was a soldier in the British army, Scrivens forged a successful and storied career in the automotive industry right up to his retirement at 85 years old. Scrivens was president and CEO of Central Auto Parts Distributors until 1996 when his son Darrell Scrivens assumed the role.

From his training as a mechanic while he was a soldier in the British army, Scrivens forged a successful and storied career in the automotive industry right up to his retirement at 85 years old. He initially worked at several garages as a mechanic but wanted more for himself and his growing family. By 1961, he owned a Gulf Oil gas station with three service bays. In 1975, he left the gas station business and he and his wife Barbara opened their first Bumper to Bumper store. In 1996, they became a shareholder in the Aftermarket Auto Parts Alliance and changed the store names to Auto Value.

With full family participation, combined with his astute business and marketing sense, the one store developed into a distribution center called Central Auto Parts, with 14 company stores.

Scrivens was known as a very honest, fair and firm boss to many employees and a stranger to none. He loved people and would go out of his way to talk to friends, employees, customers, agents and strangers. He had a bright and curious mind and was a pioneer in the retail parts sales in Western Canada. He was very disciplined and worked hard and expected the same from those around him. Inventory was his passion and he was always looking for new products to sell and combined with exceptional customer service, he was a legend in these parts.

Scrivens was president and CEO of Central Auto Parts Distributors until 1996 when his son Darrell Scrivens assumed the role. He visited the stores and warehouse often and remained connected to the people even after he retired. He was a longtime member of AIA Canada and was very active in the Rotary Club.

Scrivens was a dedicated husband to Barbara his wife of 66 years and a loving father to his six children, Wayne, Janice, Darrell, Adrian, Lauren White and Gail Pelland. Dan and Barbara travelled the world and there are very few places they haven’t visited. A fourth world cruise was planned at the time of his passing. He loved skiing, curling, cards, the Calgary Flames, the Calgary Stampeders and any sport his 16 grandchildren and six great grandchildren were involved in.

He was a big influence in many people’s lives and he will be greatly missed.

A Celebration of Life was held in Calgary on Jan 20. In lieu of flowers, the family has requested donations to The Veterans Food Bank of Calgary.