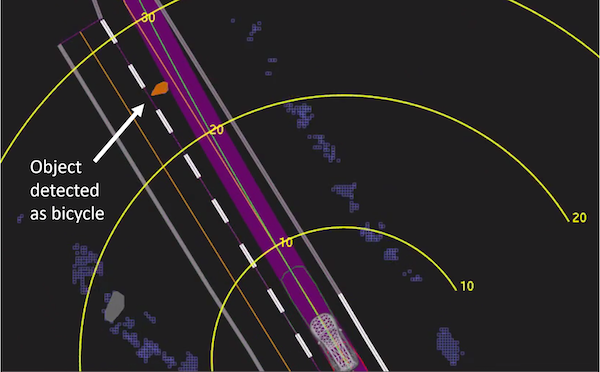 The vehicle was factory-equipped with several advanced driver assistance functions by the original manufacturer Volvo Cars, including a collision avoidance function with automatic emergency braking as well as functions for detecting driver alertness and road sign information. The Volvo functions are disabled only when the test vehicle is operated in computer control mode. 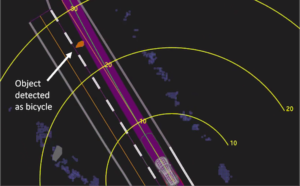 The National Transportation Safety Board (NTSB) yesterday issued a preliminary report for the ongoing investigation of a fatal crash involving a pedestrian and an Uber Technologies Inc., test vehicle in Tempe, Arizona.

The NTSB’s preliminary report, which by its nature does not contain probable cause, states the pedestrian was dressed in dark clothing, did not look in the direction of the vehicle until just before impact, and crossed the road in a section not directly illuminated by lighting. The pedestrian was pushing a bicycle that did not have side reflectors and the front and rear reflectors, along with the forward headlamp, were perpendicular to the path of the oncoming vehicle. The pedestrian entered the roadway from a brick median, where signs facing toward the roadway warn pedestrians to use a crosswalk, 360 feet north of the crash site. The report also notes the pedestrian’s post-accident toxicology test results were positive for methamphetamine and marijuana.

In its report, the NTSB said Uber equipped the test vehicle with a developmental, self-driving system, consisting of forward- and side-facing cameras, radars, Light Detection and Ranging (LIDAR), navigation sensors and a computing and data storage unit integrated into the vehicle. The vehicle was factory-equipped with several advanced driver assistance functions by the original manufacturer Volvo Cars, including a collision avoidance function with automatic emergency braking as well as functions for detecting driver alertness and road sign information. The Volvo functions are disabled only when the test vehicle is operated in computer control mode.

The report states data obtained from the self-driving system shows the system first registered radar and LIDAR observations of the pedestrian about six seconds before impact, when the vehicle was traveling 43 mph. As the vehicle and pedestrian paths converged, the self-driving system software classified the pedestrian as an unknown object, as a vehicle, and then as a bicycle with varying expectations of future travel path.

At 1.3 seconds before impact, the self-driving system determined that emergency braking was needed to mitigate a collision. According to Uber, emergency braking maneuvers are not enabled while the vehicle is under computer control to reduce the potential for erratic vehicle behavior. The vehicle operator is relied on to intervene and take action. The system is not designed to alert the operator.

In the report, the NTSB said the self-driving system data showed the vehicle operator engaged the steering wheel less than a second before impact and began braking less than a second after impact. The vehicle operator said in an NTSB interview that she had been monitoring the self-driving interface and that while her personal and business phones were in the vehicle neither was in use until after the crash.

All aspects of the self-driving system were operating normally at the time of the crash, and there were no faults or diagnostic messages.

The preliminary report is available online at https://goo.gl/2C6ZCH.

Advertisement
In this article:NTSB, Self-Driving, Uber
Print
Up Next:

Aurora Labs Raises $8.4M To Usher In The Age Of Self-Healing Automotive Software