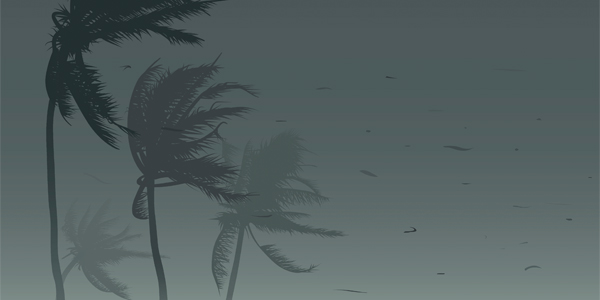 First it was Hurricane Harvey, then Irma, then Maria. From Texas to Florida, the Virgin Islands and Puerto Rico, the South took a beating in recent months due to one hurricane after another. 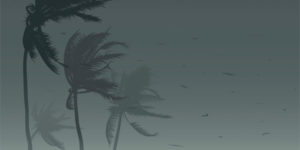 First it was Hurricane Harvey, then Irma, then Maria. From Texas to Florida, the Virgin Islands and Puerto Rico, the South took a beating in recent months due to one hurricane after another.

During the early stages of the first hurricane, businesses shut down in anticipation of the storms and events were cancelled. Commercial Vehicle Solutions Network decided to postpone its annual CVSN Summit, which was scheduled to take place Sept. 9-13 on Amelia Island, Florida. Florida-based companies such as Multi Parts in Jupiter, and Blue Streak America in Boca Raton, issued notices of office closures and re-routed stock order processing through distribution centers in other parts of the country. By mid-September both businesses reported that the businesses and their employees were safe, accounted for and back to normal operations. Not everyone in the region fared as well, however.

Larry Pacey, president of National Performance Warehouse, based in the heart of Miami, reported that as of mid-September, while all employees were safe and accounted for, many were still without power. Several NPW locations were running but “not full steam” he said, as some roads were still blocked and many locations were without internet – a crucial business tool for parts distributors.

Popular Counterman columnist Mandy Aguilar, regional vice president for Jacksonville, Florida-based The Parts House, and who lives in Puerto Rico, reported to Counterman publisher Scott Shriber that it is tough going for businesses in PR. When Shriber was able to reach Aguilar in mid-October, the warehouse was up and running but only on a pick-up basis, with limited operations from 10 a.m. to 2 p.m. There was not enough fuel to resume delivery. The warehouse is running on a diesel generator as well, and fuel is scarce.

In Puerto Rico alone, hurricane damage is estimated at roughly $95 billion, according to media reports.

Shriber touched base with Aguilar again this week and he reported they are still without power but keeping busy. “[We are] keeping busy with lots of sales,” said Aguilar. “We see lots of opportunities after Maria.” Aguilar said they are seeing an influx of sales for batteries, filters and radiators in particular.

While hurricane recovery and cleanup efforts have only just begun in the Southern U.S., firefighters in the Western U.S. are now battling raging wildfires that have left thousands homeless.

Automotive aftermarket businesses and associations have banded together to show their support to fellow aftermarket professionals who were victims of the recent hurricanes and wildfires. One channel through which many companies have chosen to direct their donations is the Automotive Aftermarket Charitable Foundation (AACF), which serves to help members of the automotive aftermarket in times of great need.

“Although AACF doesn’t claim to be a disaster relief service, we will do our best to identify and assist those industry families that have immediate and unmet needs in keeping with our mission,” said Joel Ayres, executive director of AACF.

While we have seen a number of headlines touting the numbers of dollars raised and donated (see list of reported industry donations below), we don’t often hear about how that money is used. AACF recently shared a letter from a recipient who is an automotive repair technician in Victoria, Texas, who is working to rebuild after the storms. This recipient not only details how the funds helped in his recovery efforts but also provides explicit details on the extent of the devastation.

“I was a recipient of your AACF grant of $2,500.00. This is now helping me, and my family due to the displacement caused by Hurricane Harvey. On August 24, 2017, I went to work that day to prepare my work area, and secure all our tools. At home my wife and oldest child boarded up all the windows, and prepared for this hurricane. This was the calm before the storm as they say. On August 25, 2017, the weather conditions deteriorated so fast, the wind clocked out at 115 miles an hour, no electricity, no water in Victoria, Texas. It damaged the dealership, we had no power, or water for more than 8 days. The devastation laid everywhere in street, roads and the flooding. We are still recovering from the aftermath of this catastrophic natural disaster. Thousands of livestock, cattle, horses, goats, deer, and domesticated cats and dogs drowned to death where they last stood. The stench of rotted animals is horrific, my neighbor is a mail man, and she has to wear a mask just to deliver mail, because of the odor or death all around her. Hundreds of nearby communities evacuated into our small town, and depleted all the resources; we had no bottled water or food in the groceries stores, all the basic necessities like toilet paper, toothpaste, and so on were no longer available. For days the local stores rationed food to customers – one loaf of bread, one case of water per family.

“Our communities are slowly, but surly coming together and life is somewhat normal again. We all have learned that we are all the same; this Hurricane did not discriminate against anyone, or anything in its path.

“I am so grateful, thankful, and humbled for the monetary donation that was given to me and my family. You saved me in more ways than you could ever imagine. For all the 35 years of being a mechanic, your foundation was the only one that helped my family. I am forever grateful for all your help.”

AACF reported that since Hurricane Harvey, applications for assistance have increased 78 percent. In a statement issued on Sept. 12, Ayres thanked those who have donated funds for the effort and reiterated the dire need for additional support.

“Aftermarket families are going to need a lot of help … Now more than ever, we humbly ask for the continued support of our industry – donations of any amount are welcome,” said Ayres.

“We owe sincere thanks to many organizations that have contributed generously to our mission including SEMA, Auto Care Association, MEMA, National Pronto, XL Parts, and Automotive Parts Services Group (The Group),” Ayres continued.

“On behalf of our team, our thoughts and prayers are with all those who suffer during this profound time of crisis,” said Ayres.

Advertisement
In this article:Hurricane, Hurricane Relief
Print
Up Next:

Now More Than Ever: Aftermarket Industry Bands Together To Support Hurricane, Wildfire Victims