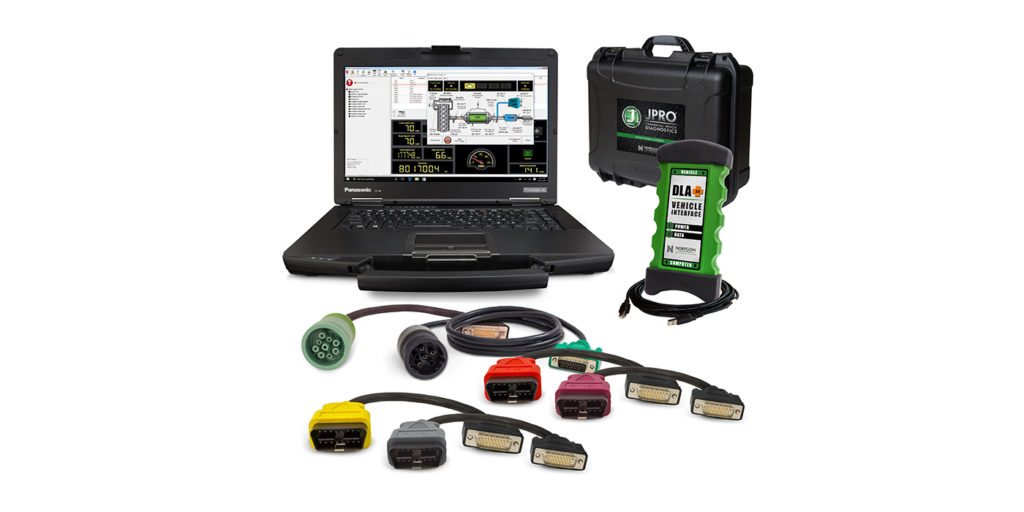 Noregon has announced the release of the second major update in 2020 for the JPRO Professional in-shop diagnostic and repair tool for all makes and models of commercial vehicles.

In one of its largest updates to date, the company added support for new components, such as the Cummins CNG (compressed natural gas) engine and dozens of new bi-directional tests for major vehicle and component manufacturers including Caterpillar, Cummins, Detroit, Mack, Volvo, Bendix, Wabco and more. In addition, medium-duty support has been greatly increased for manufacturers including GM and Hino. The tool’s popular troubleshooting module, NextStep Fault Guidance, underwent tighter integration to become a standard feature with all JPRO purchases.

“We want to ensure customers get the most out of the tool, so we integrated NextStep Fault Guidance to be a key feature rather than an optional module,” said Jason Hedman, JPRO product manager. “Now, users have the ability to troubleshoot issues to detect the root cause to make long-lasting repairs that help fleets maximize uptime.”

“We’re dedicated to ensuring JPRO is an all makes and models tool. Our philosophy for claiming coverage of a vehicle is to offer more than the ability to just read faults,” said Hedman. “We spoke with technicians, both in-house and at customer sites, to learn which tests and features were needed to accurately diagnose and repair trucks they commonly see. We then made efforts to ensure those were all included in this release so fleets can keep their vehicles running and service centers never have to turn down a repair job due to lack of coverage.”

Active JPRO subscribers can download the release for free via a prompt in the application when connected to the internet, or via the company’s website. To learn more, visit the Noregon Website or contact their US-based product specialists at 855-889-5776.