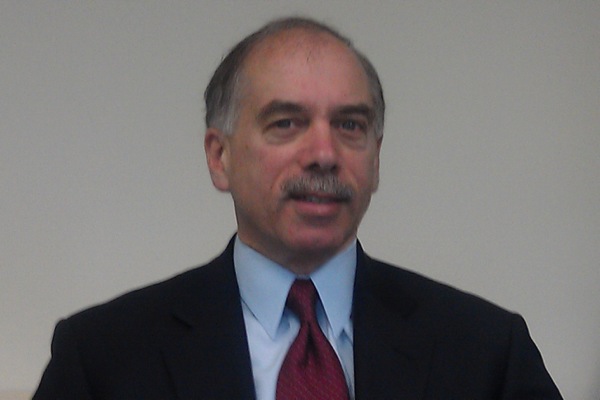 In this latest installment from the HR Landscape article series, Howard Kesten of APA Search gives us a clear, concise look at non-compete agreements and the pros and cons for both employers and job seekers.

For 28 years, Howard Kesten has been the Owner/President of APA Search, an executive search firm specializing in the automotive industry. Between 1988 to 2016, APA Search interviewed more than 50,000 automotive industry executives and placed more than 2,500 of them in companies ranging in size from $2 million to $60 billion. Howard provides counseling to his corporate clients in organizational development. He also provides coaching to executives to help accelerate their careers. Prior to APA Search, he spent several years with Dana Corp., and earlier owned and operated a chain of automotive two-step warehouses in and around New York City. He is also a noted industry guest speaker and a board member of numerous aftermarket companies. 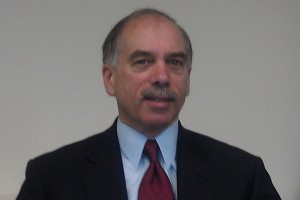 In this latest installment from the HR Landscape article series, Howard Kesten of APA Search gives us a clear, concise look at non-compete agreements and the pros and cons for both employers and job seekers.

As aftermarket recruiters we are always getting queried on the value of non-compete agreements by our client employers and/or on the liability of non-competes by our industry candidates.

What is a Non-Competition Agreement?

A non-competition agreement is a contract between an employee and employer that restricts the ability of an employee to engage in business that competes with his/her current employer. While the employer can’t force an existing or potential employee to sign a non-compete agreement, an employer may terminate, or choose not to hire someone if they refuse to sign. When challenged, courts will go to great lengths in considering factors to determine the reasonableness of the non-compete.

The Major Components of a Non-Competition Agreement

The major components of a non-compete include sections that are titled Non-Compete, Non-Solicitation and Confidentiality.

These three main components of the agreement will all have related time frames such as one or two years. Once the employee leaves the company with which they have a non-compete agreement, this timeline remains, regardless of how many different employers you might work for during that time frame.

The Non-Compete section of the agreement will typically identify the types of companies, as well as specific companies, you cannot work for. The Non-Solicitation section will typically ask you to agree not to solicit the company’s employees for employment elsewhere. The Confidentiality section will require you to maintain the privacy of any information that would be proprietary to, and only known to, employees of the company.

Non-Compete Agreement Benefits for the Employer

Non-Compete Agreement Liabilities for the Employer

Recently, we performed a vice president of operations search for an industry client. The client had some very unique and proprietary manufacturing techniques that they had every right to protect. The attorney who authored their agreement was overly aggressive and included far too many restrictions into the agreement. Out of the five finalist candidates we presented for the position, three of the candidates (of which two were the best out of the 5) withdrew themselves from consideration because they had legitimate concerns about their ability to find alternative employment if they left the company.

If the non-compete is poorly written and overly restrictive, chances are you are going to lose the legal battle if the agreement is challenged in court. If you decide to re-write the agreement at a later date or create a new agreement, there are a whole new set of challenges and laws you have to deal with to require tenured, existing employees to sign a non-compete agreement.

When creating a non-compete, work with an attorney who understands state laws and will resist the urge to copy another company’s non-compete. Laws governing non-competes, which vary by state, can be found and downloaded using the link accessed here. The study was recently done by the law firm Beck Reed Riden LLP.

Simple Rules to Consider When Writing the Non-Compete

in some states – must include some form of “valid consideration.” This can be in the form of cash or some other valuable consideration such as a promotion or equity opportunity.

If you have to go to court at a later date, it will help to support your case.

Facts to Consider When Asked to Sign a Non-Compete

Non-competes will continue to be a requirement of many companies. A business has the right to protect its tangible and intangible assets. Remember, non-compete agreements are not “one size fits all.” Whether you are an employer or job seeker, hire a qualified attorney who resides in your home state and is familiar with the changes and latest rulings regarding non-compete agreements.

Please note that the information provided in this article is not legal advice, nor is it a substitute for proper legal research. It is provided for informational purposes only. Our advice is to always consult with an attorney when entering into any type of employment agreement.

Editor’s Note: Have questions about job searches, interviews or finding (and keeping) great employees? Send them our way and Howard may answer them in an upcoming feature! Send your questions to AMN Editor Amy Antenora at [email protected].

For nearly three decades, APA Search has helped numerous aftermarket companies find great talent. The firm has worked with clients to help fine-tune their organizational structure as well as develop successful succession strategies. In the coming weeks, Howard Kesten and APA Search will continue share with AMN readers practices that will help keep your company staffed with the most qualified executives, rather than the most available. If you’re a career-seeker, we’ll provide you with the secret sauce for effective and successful interviewing. Stay tuned!

Registration Now Open For 16 University Of The Aftermarket Online Courses

Opinion: Guest Commentary: All Aboard!

What’s Really Behind The Aftermarket’s Growth?

Strength In Numbers
Connect with us