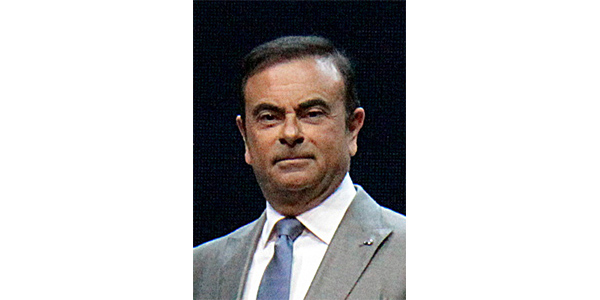 In addition to the allegations against Ghosn, the report also alleges misconduct by Nissan Representative Director Greg Kelly.

Media outlets across the globe have reported this morning that Carlos Ghosn, chairman and representative director of Nissan Motor Co., has been arrested in Tokyo for using corporate funds for personal use, along with under-reporting his income, according to the allegations.

Nissan Motor Co. issued a statement today that said the misdeeds were uncovered in a whistleblower report that the automaker has been investigating for the past several months. In addition to the allegations against Ghosn, the report also alleges misconduct by Nissan Representative Director Greg Kelly.

The investigation showed that over many years both Ghosn and Kelly have been reporting compensation amounts in the Tokyo Stock Exchange securities report that were less than the actual amount, in order to reduce the disclosed amount of Carlos Ghosn’s compensation. Kelly’s deep involvement has also been confirmed with regard to Ghosn’s personal use of company assets, according to the report.

In a statement the automaker said, “Nissan has been providing information to the Japanese Public Prosecutors Office and has been fully cooperating with their investigation. We will continue to do so.

“As the misconduct uncovered through our internal investigation constitutes clear violations of the duty of care as directors, Nissan’s Chief Executive Officer Hiroto Saikawa will propose to the Nissan Board of Directors to promptly remove Ghosn from his positions as Chairman and Representative Director. Saikawa will also propose the removal of Greg Kelly from his position as Representative Director.

“Nissan deeply apologizes for causing great concern to our shareholders and stakeholders. We will continue our work to identify our governance and compliance issues, and to take appropriate measures.”

Ghosn stepped down as CEO of Nissan in 2017 but remained chairman. He was credited with the company’s financial turnaround in 2002, which earned him the accolade of “Asia Businessman of the Year” from Fortune magazine. Ghosn also previously served as chairman and CEO of Renault, which he also returned to profitability after a major restructuring, earning him the nickname, “Le Cost Killer.”

Advertisement
In this article:Carlos Ghosn, Nissan
Print
Up Next: