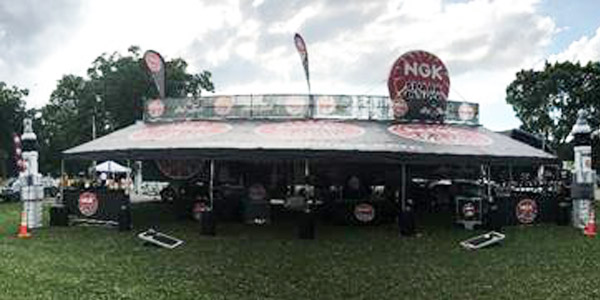 In addition to the championship series, NGK Spark Plugs brought its custom rig to Elizabeth Park. There NGK staff had giveaways and games for show-goers, as well as chances to win premium prizes. 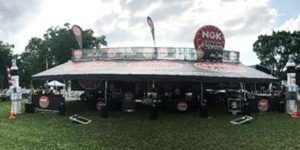 NGK Spark Plugs (U.S.A) Inc. brought the NGK F1 Powerboat Championship Series to the 67th annual Roar on the River, at Elizabeth Park in Trenton, Michigan. The partnership is years in the making, as Team Seebold and NGK have attended the Trenton on The River Roar races for the past 20 years.

“This series embodies everything we hold dear –­ the sheer power in each race, a passion for performance in every lap and that strong sense of community in the drivers and fans that makes us feel a part of something special,” said Danielle Orlando, general manager of marketing. “NGK is honored to sponsor the F1 Powerboat Championship Series.”

In addition to the championship series, NGK Spark Plugs brought its custom rig to Elizabeth Park. There NGK staff had giveaways and games for show-goers, as well as chances to win premium prizes.

“Teaming up with NGK pushed our event to a whole new level. The NGK Spark Plugs Rig Display number of boats competing in the F1 and F-Light class doubled, creating a beyond expectation performance for all in attendance,” said Roar on the River organizer Paul Jocks.

The 67th anniversary was especially important to event-goers and boat racers as it celebrated the life and memory of Fred Miller, who had been the driving force behind Roar on the River for the last 50 years.

“Fred will be missed by all of us in the boat racing community. He was instrumental to making the F1-Light class grow and flourish over the years,” said US F1 Powerboat Tour champion, Tim Seebold. “Bringing the NGK Spark Plugs F1 Championship to the Trenton Roar on the River has been an honor. Our relationship started in 1984, when I first participated in the event as a driver, and this weekend was for both racers and fans alike.”

Advertisement
In this article:NGK, NGK Spark Plugs
Print
Up Next:

NGK Roars On The River At Trenton Races