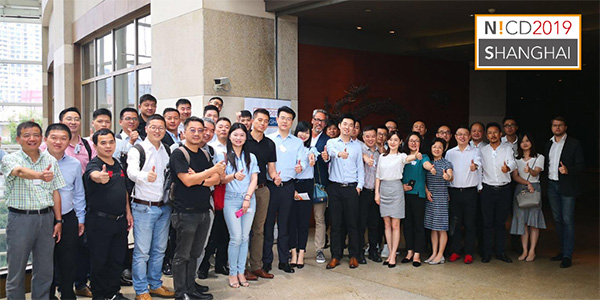 Following its acceptance into the World Economic Forum, NEXUS participated in the Forum’s Annual Meeting of the New Champions (AMNC), held July 1-3 in Dalian. The AMNC is a global summit on innovation and entrepreneurship.

NEXUS’s (N!) leadership position in the Chinese aftermarket has been further strengthened with three major distributors the latest to join the progressive alliance. It brings the number of NEXUS members in China to 24.

NEXUS’s presence in China has grown rapidly, not only with new members joining but also through increased co-operation with N! suppliers and development of the N! ACADEMY.

In addition, following its acceptance into the World Economic Forum, NEXUS participated in the Forum’s Annual Meeting of the New Champions (AMNC), held July 1-3 in Dalian. The AMNC is a global summit on innovation and entrepreneurship.

All three were introduced to the N! ASIA community at an N! Connecting Day event in Shanghai, on July 3-43, which attracted around 25 N! members and strategic suppliers.

Day 1 was dedicated to N! suppliers, with NEXUS announcing plans for 2020 and beyond. These feature a strong focus continuing the success of the N! ACADEMY, including plans to launch two knowledge centers and expanding the training offer to be able to train up to 2,000 workshops in China by 2020.

The day ended with an open discussion with suppliers, followed by a joint Member/Supplier cocktail reception and dinner.

Day 2 was dedicated to N! members and, following a plenary session, selected N! suppliers Bosch, Valeo, MANN+HUMMEL and ZF held workshops on “How N! Suppliers can help N! Members to make profit on their products/ grow their business/ get better connection to workshops.” At the end of the session N! members were given the opportunity to vote for the best supplier, which was equally won by VALEO and ZF.

James Zhang, NEXUS business developer for China, said, “We are delighted to welcome our new members to the N! community. China is a large and extremely important market and working together we can build even greater business opportunities for all.

“The plans announced at N!CD Shanghai are proof that N! is not about just collecting a ‘bonus’ but is clearly re-investing back into developing the aftermarket, supporting both members as well as suppliers.”

Advertisement
In this article:China, Nexus International
Print
Up Next: