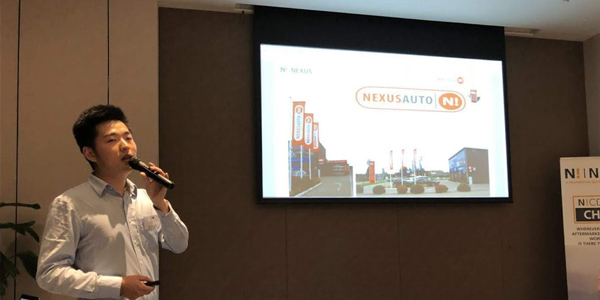 The N! Academy trainings will include face-to-face dedicated technical workshop trainings in more than eight different cities in China, as well as online education and an interactive Wechat platform for online broadcasting of trainings. 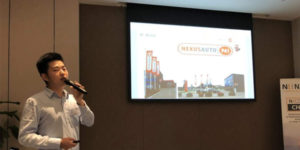 NEXUS Automotive International (N!) has increased its activity in China as it accelerates its strategy of supporting emerging markets with potential for rapid growth.

NEXUS says it has already invested heavily in establishing a team of eight to help N! members access new business in what is the largest automotive industry in the world.

Now it has launched two new projects in the region, the N! Academy training program and its NEXUSAUTO workshop concept.

The initiatives were unveiled to 17 of China’s premier automotive distributors, all N! Members, who were brought together with N! Strategic suppliers for the N! Connecting Days event in Shanghai.

The N! Academy workshop trainings has been launched in partnership with CASCA, a Chinese aftermarket association that is connected to more than 6,000 workshops. NEXUS is a strategic member of CASCA and has a position on its executive committee.

The N! Academy trainings will include face-to-face dedicated technical workshop trainings in more than eight different cities in China, in addition to online education and an interactive Wechat platform for online broadcasting of trainings, sharing best practice, technical skills and daily experiences of those connected to N! E-Academy.

The NEXUSAUTO workshop concept has been introduced successfully in several countries in Europe, including France, where NEXUSAUTO garages were judged to be among “The Best in France” in a nationwide poll of motorists. It provides access to innovative NEXUSAUTO services as well as ensuring garages operate to high standards applied globally. In China the launch of this concept is effective and already several workshops have been opened in the region, thanks to the combined leadership of NEXUS and N! member G-Part.

“Following extensive groundwork in China, we have really pressed the accelerator on the services and support we offer the N! community there,” said James Zhang, China business developer for NEXUS. “The country’s aftermarket is undergoing dynamic change driven by disruptive technologies, in particular the increasing adoption of online channels.”

NEXUS CEO Gael Escribe said, “The passionate support we are receiving from the N! China group, and the progress being made, underlines to us that our strategy of focusing on emerging markets with potential for rapid growth is the right one. It has encouraged us to follow up the Shanghai gathering with a broader Asia Pacific N! Connecting Days event in October involving other countries from this area of the world.”

Advertisement
In this article:China, N!, N! Academy, Nexus, Projects
Print
Up Next: