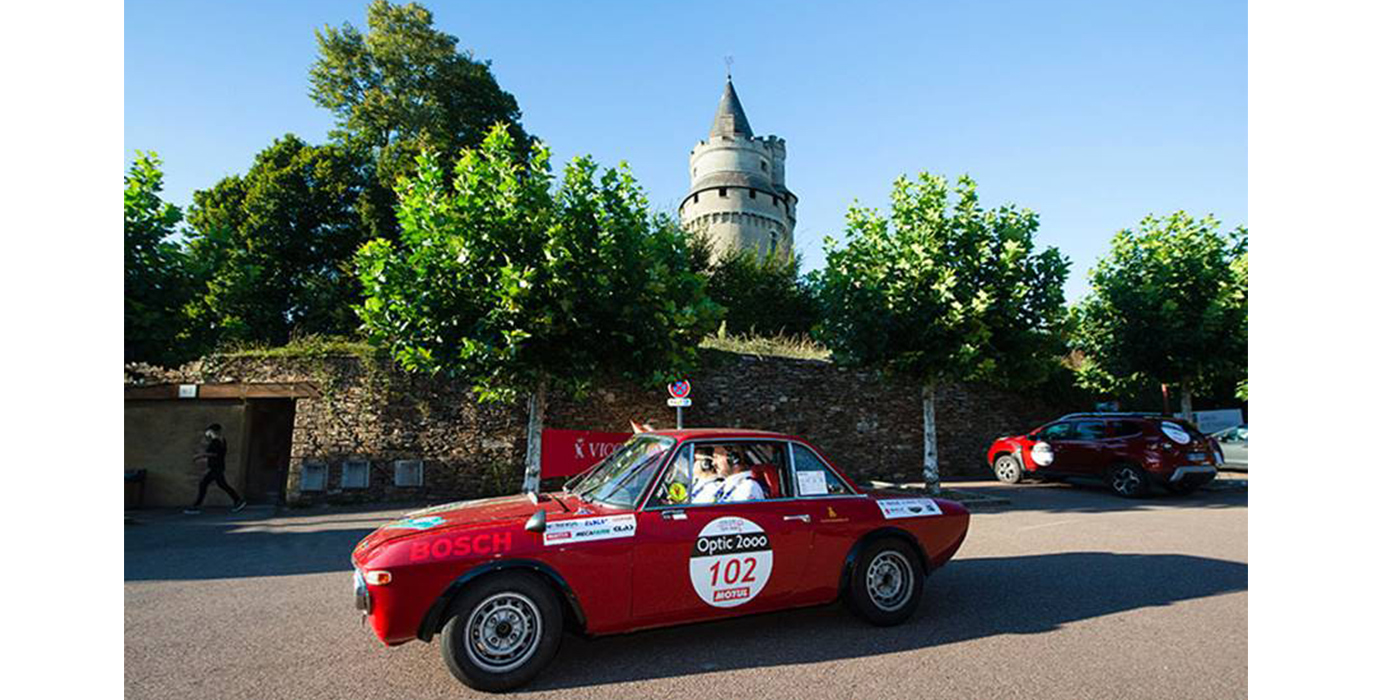 NEXUS Automotive International (N!), in collaboration with Renovatio and Bakelit, has taken part in the 29th edition of the Tour Auto, one of the oldest and most prestigious classic car events.

N! CEO Gael Escribe co-piloted a restored Lancia Fulvia, which was driven by Victor Fernandez, managing director of Bodywork BRS, crossing France in the 2,000km rally that began at the Grand Palais in Paris and ended at the Paul Ricard Circuit in Le Castellet.

The six-day Tour Auto provided an ideal opportunity to connect with the classic car world, as the Lancia was renovated entirely with OE and OE-matching quality parts, thanks to Nexus manufacturing partners and N! Suppliers Bosch, Clas, Mecafilter, Mintex, Motul, Osram and SKF.

Gael said, “We decided to participate in the Tour Auto this year not only because classic cars are our passion but also because they represent a real and growing market, one in which NEXUS has been investing in through our support for the start-up Renovatio.”

For the past two years, Renovatio has been the only International Trading Group dedicated purely to classic car spare parts.

In Europe, today’s classic car parc is comprised of 13 million old cars, representing a 12B euro aftermarket turnover. However, in a market where 50% of the parts distributed are “white labels,” far from the original specifications and performance, supplier OEMs face a real challenge to successfully promote their brands.

For Tour Auto 2020, Victor Fernandes provided the Lancia with its remarkable steering wheel. He said, “The Tour is a privileged place to meet and share, around a common passion, with our customers throughout France. But it is also a magnificent showcase of the know-how and interpersonal skills of our employees, who are involved in an adventure that is as much technical as it is human.”

Chaired by Christophe Quey, Bodywork BRS is a prime example of a company that is well structured to succeed in a sector known to be highly competitive. Employing 70 people and with a turnover of €7 million in 2019, the company specializes in fleets and B2B, processing more than 1,000 vehicles a month at its four locations, in Roissy, Achères, Vélizy and Blyes.

With their passion for automobiles, in 2019 Fernandez and Quey founded the BRS Racing team, becoming French vice-champion of the Peugeot 308 Cup in its first season. This year BRS Racing has entered four cars in the Renault Clio and Peugeot 308 Cups competitions.

Looking forward to Tour Auto 2021, Escribe said he and Fernandez were determined to go further next year and would be aiming for victory in the General classification. “This year we raced in a renovated car with our partner equipment manufacturers. We would like to further deepen our collaboration with them in 2021 with an even more ambitious project and thus continue to work on the professionalization of the classic vehicle market,” said Escribe.

Advertisement
In this article:France, Nexus International, Tour Auto
Print
Up Next: