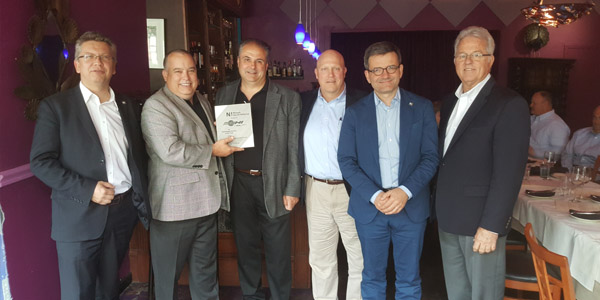 North America was confirmed as the No. 1 region within the global N! community in March last year, when initial member Automotive Distribution Network was joined by Automotive Parts Associates and VIPAR Heavy Duty. 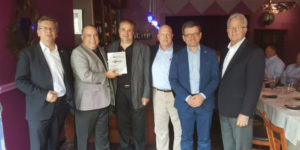 Nexus Technology Partner of the Year

Leading auto parts distributor members of N! North America, the U.S. arm of the global aftermarket alliance NEXUS Automotive International (N!), gathered in Atlanta for two days of networking. According to event organizers, a number of potential business opportunities were discussed with N! suppliers during the event.

North America was confirmed as the No. 1 region within the global N! community in March last year, when initial member Automotive Distribution Network (The Network) was joined by Automotive Parts Associates (APA) and VIPAR Heavy Duty.

As the N! North America team, these three core members held nearly 20 one-hour meetings with individual suppliers over the two Connecting Days, explaining the aims of the new organization, sharing ideas, knowledge and strategies and exploring how they could work together for mutual benefit.

Gary Martin, APA president and CEO, said, “The NEXUS Automotive International community continues to expand, growing in both distributors and key supplier relationships, and we’re proud to support the community through Connecting Days. This event helps further those global alliances while maintaining a North American focus.” 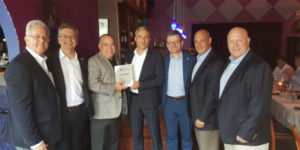 Supplier Partner of the Year Award

David Prater, president of The Network, said, “The success of N! North America is based on the free exchange of ideas between the partners and our suppliers. This has led to opportunities to collaborate in many areas. We appreciate the input and support of all of our partners, but it is gratifying to recognize these two companies who have gone above and beyond in their support of NEXUS.”

N! North America members have collaborated on a variety of projects, including a B2B platform to provide an e-commerce solution for end-user customers as well as national accounts with vehicle ranges from Class 1 up to Class 8.

Chris Baer, president and CEO of VIPAR Heavy Duty, said, “The work among the members of our group on this technology project is precisely the type of collaboration we envisioned when we formed NEXUS North America. We anticipate more projects like this that help us better serve our customers.”

NEXUS CEO Gael Escribe added, “In recent months, the NEXUS team has traveled the globe facilitating hundreds of meetings between members and suppliers, bringing them together to build on existing relationships and develop new ones. Nowhere was enthusiasm to be part of the progressive N! community greater than in North America. It was a huge pleasure to bring our successful N! Connecting Days forum to the United States, our No. 1 region.”

Alliance Kicks Off Virtual 2021 IT Summit