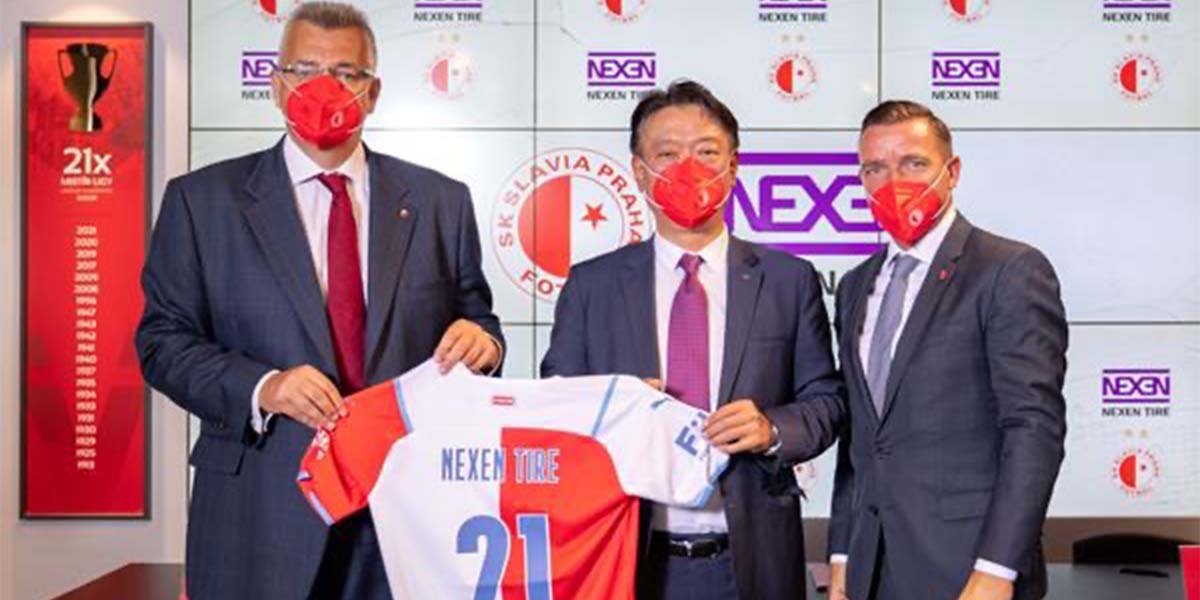 Nexen Tire builds awareness throughout Europe by teaming up with the champion Czech professional football club.

Nexen Tire, one of the world’s leading companies in the tire industry, has announced its sponsorship of the SK Slavia Praha (Prague) Football Club for the 2021-‘22 season.

The two-year partnership kicked-off during the Club’s first home league match on Aug. 7. Throughout the partnership, Nexen Tire’s brand will be visible at the Eden Arena, home of SK Slavia Praha, where the company will take the opportunity to engage fans, as well as use the SK Slavia Praha logo and player-related content in promotional materials.

The Nexen Tire logo will be displayed on LED panels at the Eden Arena in the company’s signature purple colors and will highlight the premium tread of its N’FERA Sport tires. The brand also will be visible around the playing field, and within the stadium and on SK Slavia Praha’s online platforms.

“We’re very excited to enter into a mutuallybeneficial partnership SK Slavia Praha,” said John Bosco Kim, president of Nexen Tire Europe. “The team’s long-term top performance and highest ambitions are in line with how we design and manufacture our passenger car tires, and we look forward to fruitful collaborations and success together, both on and off pitch.”

Visibility of the Nexen Tire brand in the Czech Republic, which is home of the new production plant in Bitozeves near Žatec since 2019, is also expected to increase owing to the wide range of joint activities arising from the partnership. Nexen Tire currently has five trams fully wrapped in Nexen Tire advertising in Prague, and two in Ostrava.

Nexen Tire also will be providing exclusive benefits allowing its business partners to experience both the excitement of matches at the Eden Arena and the company’s enthusiasm for sporting events. Moreover, both parties are planning to carry out CSR activities in which Nexen Tire will use its products to support SK Slavia’s partners in the non-profit sector.

Nexen Tire’s enthusiasm for football, which is manifested through collaborations with several major European clubs, was the driving force of the partnership. In 2015, Nexen Tire formed a partnership with Manchester City and two years later became the club’s “sleeve partner,” allowing its logo to appear on the sleeves of Manchester City’s jerseys. Other major partners include the German Bundesliga, Eintracht Frankfurt and AC Milan.

Advertisement
In this article:Nexen Tire, sports sponsorships
Print
Up Next: