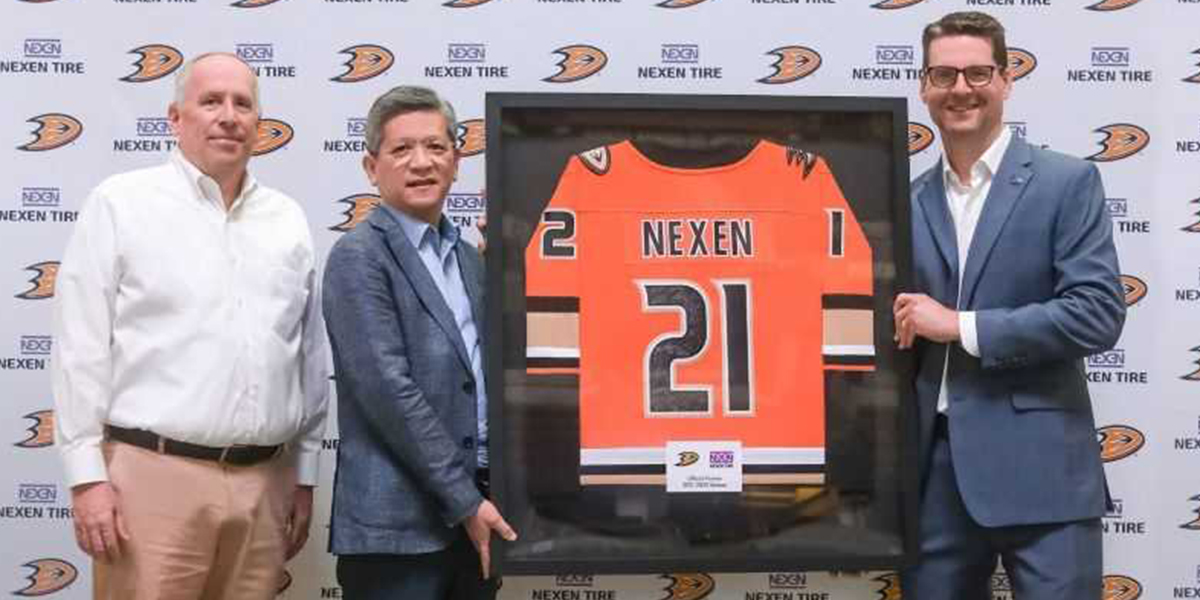 Nexen Tire America Inc., a worldwide leader in high-performance, passenger, SUV/light truck and winter tire technology, today announced a three-year partnership as the exclusive tire for the Anaheim Ducks and Honda Center. Nexen Tire has secured category exclusivity, making them the only tire company to be partnered with the Anaheim Ducks and Honda Center.

In addition to millions of television viewers in every major North American market, more than 1.3 million Ducks fans across Southern California will experience a wide variety of Nexen Tire branding for each of the team’s regular season and playoff home games. The 650,000 square-foot Honda Center arena is home to the Anaheim Ducks as well as several blockbuster concerts and sporting events every year.

“Nexen Tire is extremely excited to be a part of a championship NHL franchise like the Anaheim Ducks and their premier arena, the Honda Center,” said Brian YoonSeok Han, CEO of Nexen Tire America, Inc. “This partnership will help to elevate the Nexen Tire brand among more than a million NHL fans across Southern California, and when these fans enter the Honda Center arena during a Ducks game or other premier events, they’ll know Nexen Tire has their back.”

“We are thrilled to partner with an innovative and customer-centric company like Nexen Tire,” said Aaron Teats, President of Business Operations of the Anaheim Ducks. “We look forward to creating a synergy between our brands across the Southern California market that drives awareness to Nexen Tire’s world-class products in front of our passionate fans at Honda Center.”

Advertisement
In this article:Nexen Tire America, Sports Marketing, sports partnerships
Print
Up Next: