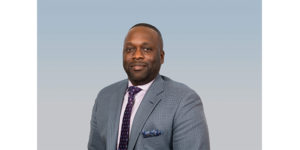 “We are excited about the deal to purchase Dakkota’s lighting business that has earned awards from OEMs for product line innovation,” said Clarence Martin, Eypex co-founder and president. “We look forward to helping our global customers by delivering the highest-quality in lighting and electronic components and dominating the marketplace as a result of this acquisition.”

Employees, customers and suppliers of both component manufacturers were notified of the sale before it closed. No net job losses are expected at either firm. The terms of the deal were not disclosed.

Based in Holt, Michigan, Dakkota sold its lighting unit as part of a planned realignment of its product offerings, which include vertical suspension and overhead assembly systems, fascia and material sequencing and instrument panel assembly. The realignment further bolsters Dakkota’s strong program management capabilities.

As part of the deal, Dakkota, a certified minority business enterprise, or MBE, will become a customer of Eypex, an intentional move to support another MBE, helping to expand the MBE ecosystem in Michigan and the auto industry.

Advertisement
In this article:Eypex
Print
Up Next:

DENSO To Showcase Future Of Mobility At CES 2019