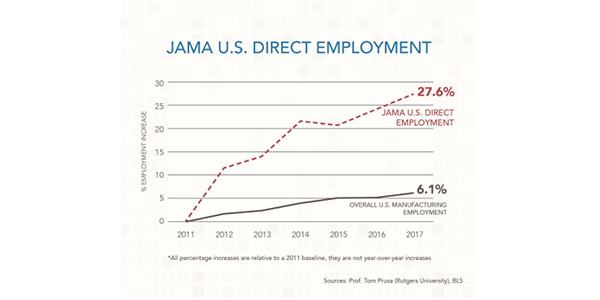 “These figures prove beyond the shadow of a doubt that JAMA members are a vital force in the U.S. economy, with nearly four decades of sustained investment in manufacturing alone,” Manriquez added. “This long-term commitment demonstrates the enduring strength of the U.S.-Japan economic relationship, and we urge leaders in Washington, D.C., to keep this in mind as they consider trade policies that will impact the trajectory of the American auto industry, of which our member companies are an integral part.”

The full report is available here.

Advertisement
In this article:JAMA
Print
Up Next: