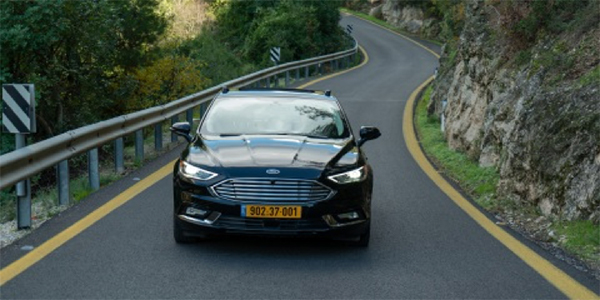 And why your first autonomous ride will likely be in a robotaxi.

The following is an opinion editorial by Professor Amnon Shashua of Intel Corp.

As we all watch automakers and autonomous tech companies team up in various alliances, it’s natural to wonder about their significance and what the future will bring. Are we realizing that autonomous driving technology and its acceptance by society could take longer than expected? Is the cost of investing in such technology proving more than any single organization can sustain? Are these alliances driven by a need for regulation that will be accepted by governments and the public or for developing standards on which manufacturers can agree?

The answers are likely a bit of each, which makes it a timely opportunity to review the big picture and share our view of where Intel and Mobileye stand in this landscape.

There are three aspects to automotive-technology-artificial intelligence (auto-tech-AI) that are unfolding:

With ADAS technologies, the driver remains in control while the system intervenes when necessary to prevent accidents. This is especially important as distracted driving grows unabated. Known as Levels 0-2 as defined by the Society of Automotive Engineers (SAE), ADAS promises to reduce the probability of an accident to infinitesimal levels. This critical phase of auto-tech-AI is well underway, with today’s penetration around 22%, a number expected to climb sharply to 75% by 2025.1

Meanwhile, the autonomous driving aspect of auto-tech-AI is coming in two phases: robotaxi MaaS and series-production passenger car autonomy. What has changed in the mindset of many companies, including much of the auto industry, is the realization that those two phases cannot proceed in parallel.

Series-production passenger car autonomy (SAE Levels 4-5) must wait until the robotaxi industry deploys and matures. This is due to three factors: cost, regulation and geographic scale. Getting all factors optimized simultaneously has proven too difficult to achieve in a single leap, and it is why many in the industry are contemplating the best path to achieve volume production. Many industry leaders are realizing it is possible to stagger the challenges if the deployment of fully autonomous vehicles (AVs) aims first at the robotaxi opportunity.

Cost: The cost of a self-driving system (SDS) with its cameras, radars, lidars and high-performance computing is in the tens of thousands of dollars and will remain so for the foreseeable future. This cost level is acceptable for a driverless ride-hailing service, but is simply too expensive for series-production passenger cars. The cost of SDS should be no more than a few thousand dollars – an order of magnitude lower than today’s costs – before such capability can find its way to series-production passenger cars.

Regulation: Regulation is an area that receives too little attention. Companies deep in the making of SDSs know that it is the stickiest issue. Beside the fact that laws for granting a license to drive are geared toward human drivers, there is the serious issue of how to balance safety and usefulness in a manner that is acceptable to society.

It will be easier to develop laws and regulations governing a fleet of robotaxis than for privately-owned vehicles. A fleet operator will receive a limited license per use case and per geographic region and will be subject to extensive reporting and back-office remote operation. In contrast, licensing such cars to private citizens will require a complete overhaul of the complex laws and regulations that currently govern vehicles and drivers.

The auto industry is gradually realizing that autonomy must wait until regulation and technology reach equilibrium, and the best place to get this done is through the robotaxi phase.

Scale: The third factor, geographic scale, is mostly a challenge of creating high-definition maps with great detail and accuracy, and of keeping those maps continuously updated. Geographic scale is crucial for series-production driverless cars because they must necessarily operate “everywhere” to fulfill the promise of the self-driving revolution. Robotaxis can be confined to geo-fenced areas, which makes it possible to postpone the issue of scale until the maturity of the robotaxi industry.

When the factors of cost, regulation and scale are taken together, it is understandable why series-production passenger cars will not become possible until after the robotaxi phase.

As is increasingly apparent, the auto industry is gravitating toward greater emphasis on their Level 2 offerings. Enhanced ADAS – with drivers still in charge of the vehicle at all times – helps achieve many of the expected safety benefits of AVs without bumping into the regulatory, cost and scale challenges.

At the same time, automakers are solving for the regulatory, cost and scale challenges by embracing the emerging robotaxi MaaS industry. Once MaaS via robotaxi achieves traction and maturity, automakers will be ready for the next (and most transformative) phase of passenger car autonomy.

The Strategy for Autonomy

With all of this in mind, Intel and Mobileye are focused on the most efficient path to reach passenger car autonomy. It requires long-term planning, and for those who can sustain the large investments ahead, the rewards will be great. Our path forward relies on four focus areas:

Continue at the forefront of ADAS development. Beyond the fact that ADAS is the core of life-saving technology, it allows us to validate the technological building blocks of autonomous vehicles via tens of new production programs a year with automakers that submit our technology to the most stringent safety testing. Our ADAS programs – more than 34 million vehicles on roads today – provide the financial “fuel” to sustain autonomous development activity for the long run.

Design an SDS with a backbone of a camera-centric configuration. Building a robust system that can drive solely based on cameras allows us to pinpoint the critical safety segments for which we truly need redundancy from radars and lidars. This effort to avoid unnecessary over-engineering or “sensor overload” is key to keeping the cost low.

Build on our Road Experience Management (REM) crowdsourced automatic high-definition map-making to address the scale issue. Through existing contracts with automakers, we at Mobileye expect to have more than 25 million cars sending road data by 2022.

Tackle the regulatory issue through our Responsibility-Sensitive Safety (RSS) formal model of safe driving, which balances the usefulness and agility of the robotic driver with a safety model that complies with societal norms of careful driving.

At Intel and Mobileye, we are all-in on the global robotaxi opportunity. We are developing technology for the entire robotaxi experience – from hailing the ride on your phone, through powering the vehicle and monitoring the fleet. Our hands-on approach with as much of the process as possible enables us to maximize learnings from the robotaxi phase and be ready with the right solutions for automakers when the time is right for series-production passenger cars.

On the way, we will help our partners deliver on the life-saving safety revolution of ADAS. We are convinced this will be a powerful and historic example of the greatest value being realized on the journey.

Advertisement
In this article:Guest Commentary, Intel
Print
Up Next: