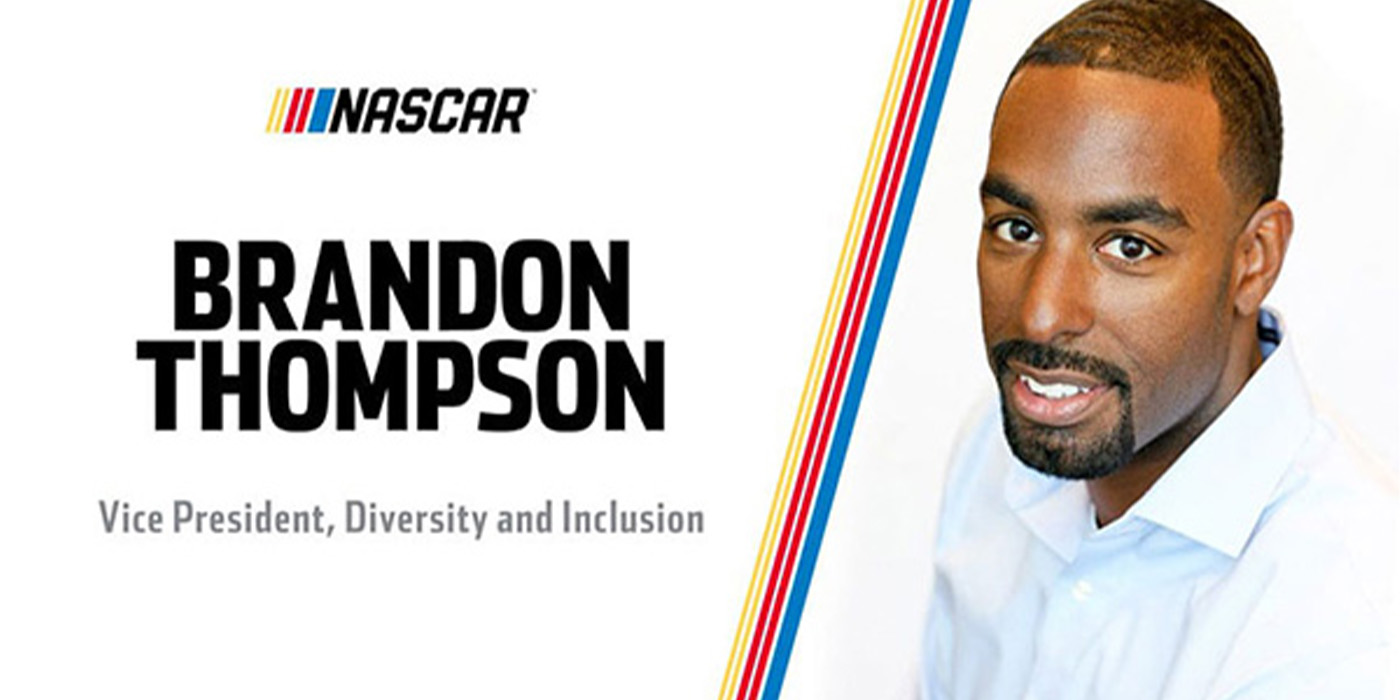 Just a week after banning the Confederate flag from its events, NASCAR has appointed industry veteran Brandon Thompson to the newly created position of vice president, diversity and inclusion. In this role, Thompson will lead the sanctioning body’s strategy for diversity and inclusion, as well as programs and initiatives designed to champion and enhance diversity across the NASCAR industry.

Thompson recently served as managing director of the NASCAR Touring Series and in his new role will be based in Charlotte, North Carolina. He will report to Executive Vice President and Chief Marketing and Content Officer Jill Gregory.

“Brandon is an established and well-respected leader in our sport who will help NASCAR realize its vision in creating a more diverse industry,” said Gregory. “This new position and Brandon’s appointment reinforces our steadfast commitment to providing a welcoming and inclusive environment for our fans, industry, and employees.”

Thompson will oversee an existing team of NASCAR employees responsible for multicultural programs and initiatives including the NASCAR Drive for Diversity Program, as well as strategic alliances with the Institute for Sport and Social Justice and the Diversity and Inclusion Sports Consortium.

The team includes Dawn Harris, who has been elevated to the position of managing director, diversity and inclusion. Harris will continue to manage diversity programs as well as cultivate and strengthen NASCAR relationships with national and local civic organizations across the country.

“NASCAR has made significant progress in the areas of diversity and inclusion and we now have an opportunity to build on our momentum – both as a company and industry,” said Thompson. “It is with great passion and energy that we will champion our sport as accepting and welcoming of all individuals interested in being part of the NASCAR family.”

Thompson was appointed to oversee the NASCAR Touring Series in 2016. Following NASCAR’s purchase of the ARCA Racing Series, he managed the integration of the NASCAR Pro Series into the ARCA Menards Series and spearheaded the launch of competition under one banner in 2020.

Thompson’s leadership also contributed to the growth of NASCAR’s international series and notably the NASCAR Pinty’s Series in Canada.

Thompson began his career in motorsports as an intern at Nashville Superspeedway in 2003, a role he applied for through the NASCAR Diversity Internship Program. The Nashville native and 17-year industry veteran now becomes the first diversity intern graduate to join NASCAR’s executive ranks as an officer.

Advertisement
In this article:diversity, executive appointments, NASCAR
Print
Up Next:

Lear Appoints Bradley Halverson To Board Of Directors