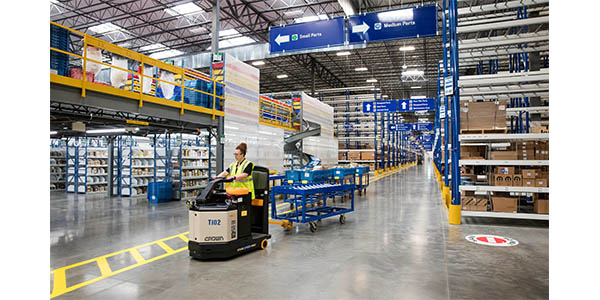 The WCL methodology provides a blueprint, using 10 technical and 10 managerial key metrics, for FCA distribution operations to follow in order to function more efficiently and cost-effectively.

“At Mopar, we hold ourselves to the highest standards, and we are extremely proud of the employees at the Winchester PDC who contributed to reaching WCL Bronze status,” said Steve Beahm, head of parts and service (Mopar) and Passenger Car Brands, FCA – North America. “Including our Center Line facility in Michigan, this is the second Mopar PDC in six months to earn WCL Bronze recognition, which is proof of our commitment to delivering the most productive parts distribution processes to better serve our dealers and customers.”

The Winchester facility has been able to reduce operating costs through continuous improvement projects and effectively expanding its systematic pillars of Safety, Workplace Organization, Autonomous Maintenance, Professional Maintenance and Logistics & Customer Service, exceeding the WCL Bronze level criteria of 30 percent extension. The Winchester PDC also was ranked high in benchmarking metrics in regards to the quality of warehouse parts “picking.”

The Winchester PDC, which opened in 2017, demonstrated rapid progression in earning WCL Bronze status. The quick recognition was thanks in the large parts to efforts undertaken during the construction and development phase of the PDC to ensure it was designed to meet WCL technical and managerial pillars.

The 400,000-plus square-foot Winchester PDC represents more than 70 jobs over two shifts. The facility handled 386,951 inbound tasks and 2,066,681 outbound tasks last year alone. The Winchester location was one of two new Parts Distribution Centers opened in the U.S. in 2017, encompassing a combined investment of $22.6 million by FCA US.

Advertisement
In this article:mopar
Print
Up Next: