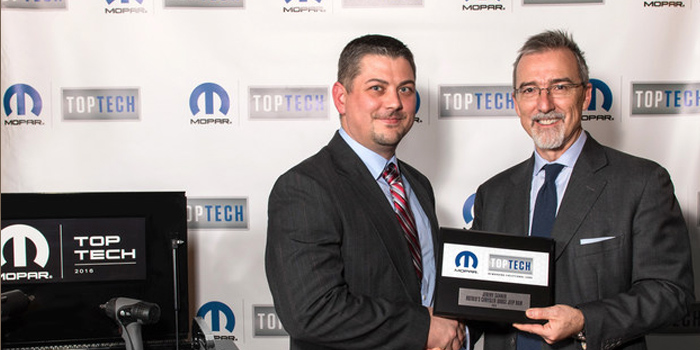 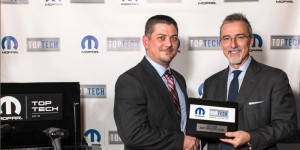 The 27 best and brightest FCA US LLC dealership technicians were recognized as Mopar “Top Tech” winners during an award ceremony held on Jan. 10 at Meadow Brook Hall in Rochester, Michigan.

“Customer satisfaction and retention will continue to be key drivers of our business, regardless of vehicle or make,” said Gorlier. “The decision to purchase a particular vehicle brand is determined not only by the attributes of the vehicle, but also as importantly by the level of service that the customers receive. That is why it’s so critical to make sure that our top technicians receive the proper training, and that we recognize superstars of the service lane, such as these 27 high-performing technicians, as well as the dealerships that support them.”

The prestigious Mopar “Top Tech” winners participate in an all-inclusive two-day trip to Metro Detroit. In addition to the awards banquet, “Top Tech” recipients received a tour of the FCA US headquarters and tech center on Jan. 10, with a visit to the Warren Truck Assembly Plant and the industry preview of the North American International Auto Show in Detroit.

Advertisement
In this article:fca, mopar
Print
Up Next: