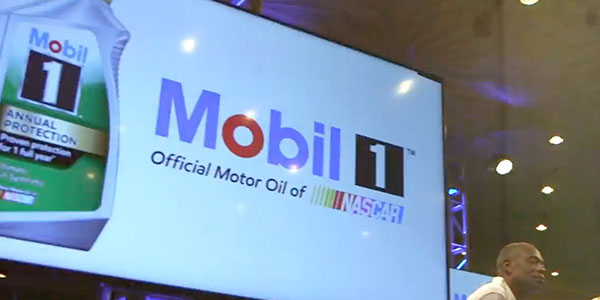 The newly signed agreement will extend the successful partnership to 20 years. 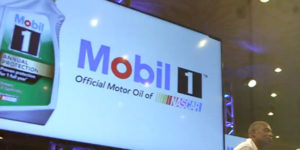 At the NASCAR Fuel for Business meetings in New York City, ExxonMobil and NASCAR announced the renewal of a long-standing partnership, continuing to designate its Mobil 1 brand as the “Official Motor Oil of NASCAR.” The newly signed agreement will extend the successful partnership to 20 years, which has been highlighted by marketing and technological innovation that has catalyzed growth across both entities.

“We are delighted to continue to serve as the ‘Official Motor Oil of NASCAR,’” said Kai Decker, global motorsports manager at ExxonMobil. “The renewed partnership allows us to connect with racing fans of the most popular and exciting motorsport series in the country. NASCAR has also been integral in helping support the launch of Mobil 1 Annual Protection motor oil.”

ExxonMobil extensively used its “Official Motor Oil of NASCAR” status to help launch Mobil 1 Annual Protection motor oil, which allows drivers to go one full year or 20,000 miles – whichever, comes first ­– between oil changes. For the breakout product’s nationwide advertising campaign, Stewart-Haas Racing driver Kevin Harvick is the hero of the commercials, while also being featured in a prominent video series on social media. A new digital video series featuring the entire Stewart-Haas Racing team also is supporting the new product. Furthermore, the Mobil 1 Annual Protection product appeared as a primary sponsor on the hood for each of the Stewart-Haas Racing drivers at NASCAR tracks throughout the 2017 season.

To further support the launch of Mobil 1 Annual Protection motor oil, ExxonMobil will host a fan-friendly event at Plaza33 outside New York City’s most iconic basketball arena on Wednesday, Aug. 16. Kevin Harvick will be in attendance and fans will have the opportunity to meet the driver of the No. 4 car, while also taking part in unique activities.

Mobil 1 synthetic motor oil is used by more than 50 percent of teams competing in the Monster Energy NASCAR Cup Series, NASCAR XFINITY Series and NASCAR Camping World Truck Series. The use of these oils across all three series provides a testing ground for ExxonMobil engineers, who create products for race fans and general consumers, which are proven to perform under some of the most challenging of conditions.

“Mobil 1 is one of the most recognizable brands in the world and we are pleased to continue our longstanding partnership for years to come,” said Lou Garate, vice president, partnership marketing, NASCAR. “Our partner utilizes its official status as a powerful part of its marketing mix through advertising, packaging, point-of-sale and promotions, helping market NASCAR to millions of Americans.”

The continued partnership with NASCAR is increasingly beneficial to the brand. A recent study from Turnkey Sports & Entertainment found that at the end of the 2016 race season, the number of NASCAR race fans identifying Mobil 1 as the “Official Motor Oil of NASCAR” was at a three-year high, increasing steadily among avid and casual NASCAR fans each year since the end of the 2014 season. The proportion of NASCAR fans stating they would be more likely to purchase a product from an Official NASCAR Partner also has increased by 13 percent over the same period, according to the company.

Advertisement
In this article:Mobil 1, NASCAR, Performance, Racing
Print
Up Next:

Mobil 1 To Continue As 'Official Motor Oil of NASCAR'