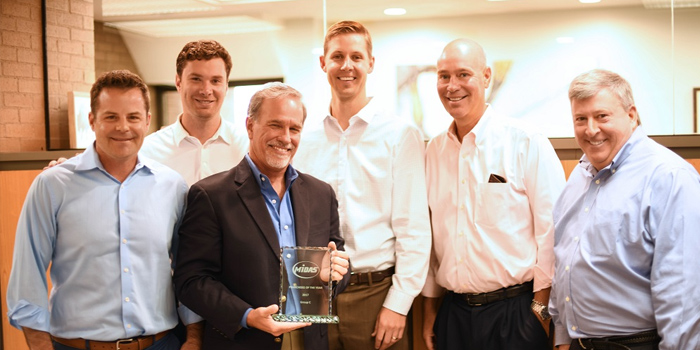 The awards were implemented in 2016 to highlight franchisees’ commitment to Midas core values, as well as sales growth, community involvement, business engagement and loyalty to the brand. 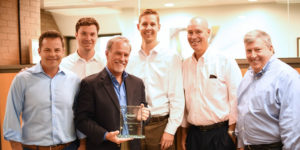 Midas has announced the recipients of Midas Franchisee of the Year Award. The awards were implemented in 2016 to highlight franchisees’ commitment to Midas core values, as well as sales growth, community involvement, business engagement and loyalty to the brand.

The 2017 Franchisees of the Year are:

“I am honored to recognize Judd, Rhen and Craig as our 2017 Franchisees of the Year,” said Ron Seagle, vice president and general manager for Midas. “The dedication they show to their customers, their business, their communities and the Midas brand is exemplary and we are both fortunate and proud to have them as part of the Midas family.”

Shader, this year’s multi-shop Franchisee of the Year recipient, is driven to excel. Team members at his King of Prussia location, overseen by district manager Jim Leary, a former police officer and firefighter, pride themselves in greeting customers with a warm welcome, providing exceptional service and giving back to the community. Shader encourages all of his managers to give back and demonstrates the philosophy by being active in the Midas partnership with community food banks through the Drive Out Hunger initiative. The team offers free oil changes to customers who donate at least 10 cans of food. In addition, the King of Prussia team donates its car repair skills free of charge to families with cancer-stricken children, volunteers and raises funds for a law enforcement bereavement organization and children’s hospital, discounts repairs for first responders’ personal vehicles and sponsors little-league and school events.

Morales joined Midas in 2014. Since becoming a franchisee, he has expanded to three locations with double-digit sales increases. Morales is highly engaged in his business; he explained he regularly huddles with his teams, setting goals and monitoring their performance, as well as providing them with training opportunities. Morales describes his team as one that does not gauge their work by award recognition, they are simply dedicated to doing their job to the best of their ability. The team embodies the Midas core values and is committed to being partners with their customers and building trusting relationships.

Pitman opened his downtown Toronto store in August 2016 and has excelled ever since. Pitman has seen exponential growth in the last year alone. Not only has Pitman’s store sales increased by 50 percent, he has tripled the size of his team to better serve customers and plans on growing his store count with Midas. Through co-op opportunities to facilitate growth, Pitman is able to give back to his local community and future generations.

Midas Recognizes Franchisees Of The Year