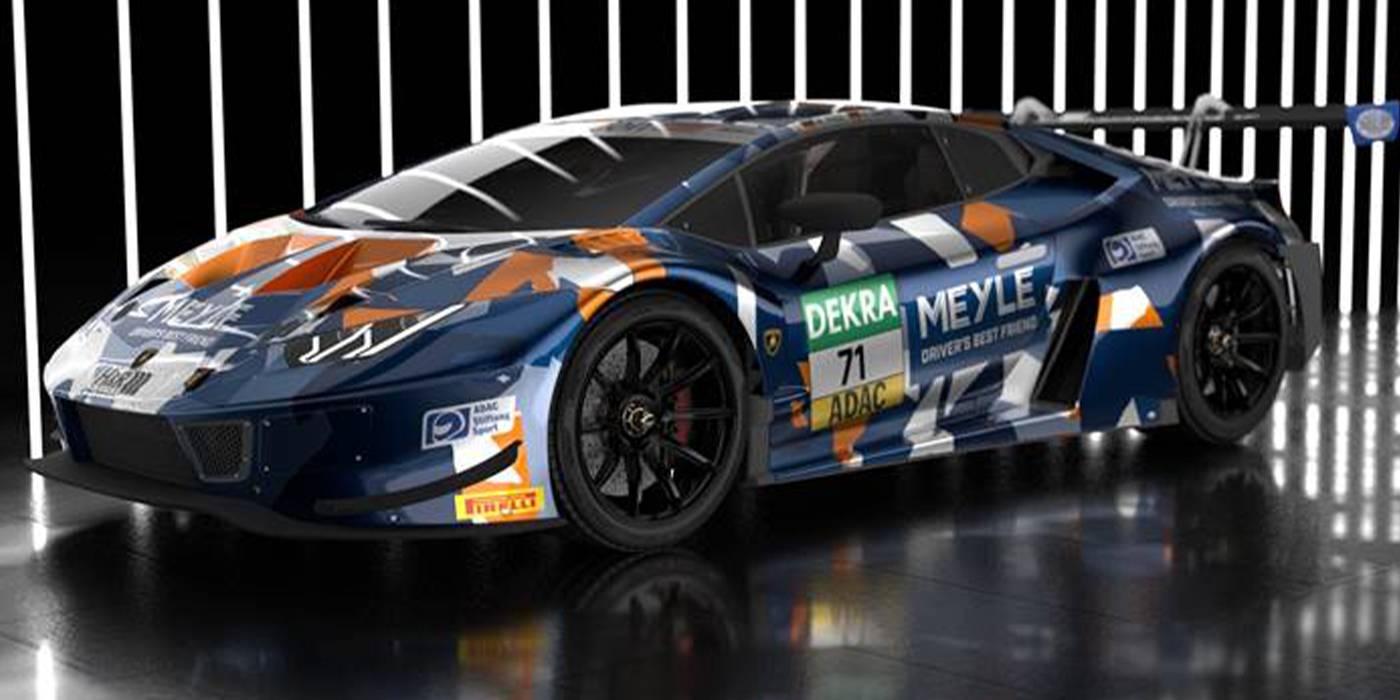 MEYLE starts the 2021 racing season with two sponsorships and, for the first time, a vehicle in a special MEYLE design.

In 2020, the Corona pandemic also had a massive impact on the world of motorsports. Races could only take place sporadically last year – with strict hygiene regulations and in front of empty grandstands.

Even more reason for racing fans to hope for the return of motorsport this year. MEYLE, the Hamburg-based spare parts manufacturer, can also hardly wait for the season opener. This year, the company is accompanying two sponsoring cooperations with exciting innovations.

Once again, MEYLE engineers are ready to transfer their know-how from the racetrack to in-house parts development. After all, MEYLE’s commitment to motorsport has a long tradition: MEYLE engineers combine their daily development work with their passion for motorsport. With every kilometer they cover on the racetrack, they collect valuable data and knowledge for the further development and optimization of products, making every day work more efficient and easier for independent workshops and their employees.

As last year, MEYLE will continue and even expand its cooperation with the Dresden-based Team T3 Motorsport in the ADAC GT Masters this season. For the first time, MEYLE will not only support the team as a technical cooperation partner, but also as the main sponsor for one of the T3 race cars that will compete: a Lamborghini Huracán GT3 Evo with the starting number 71. In a new and spectacular design, the MEYLE-branded car will present itself on the racetrack.

The topic of promoting young talent continues to define the partnership between MEYLE and T3 Motorsport: The up-and-coming racing drivers Max Paul and Hugo Sasse have been confirmed to race the MEYLE Lamborghini in the coming season. In the German GT Championship, the promising racing pilots will benefit, as usual, from the technical expertise of MEYLE engineers at the racetrack, allowing them to achieve top performance even under the greatest stress in the upcoming racing season.

While Max Paul, known as one of the world’s most successful German kart drivers, has already made a name for himself as a dedicated brand testimonial for MEYLE the last two seasons, this year the young talent Hugo Sasse will start for MEYLE at his side for the first time. At 16, Hugo Sasse is considered the youngest driver at T3 Motorsport. Behind him lies a successful year in the ADAC GT4 Germany series.

The starting signal for the upcoming racing season is given on May 14. The races can be followed live on TV on NITRO or online via YouTube and Facebook.

After many races had to be cancelled last year, the FIA has announced far-reaching hygiene measures this year so that the 2021 events can probably take place as scheduled. Back in the game is truck idol Sascha Lenz. MEYLE has been supporting the SL TruckSport 30 Racing Team around Lenz as technical supplier and partner since 2019. Lenz has used the winter period intensively to prepare his race truck for the upcoming racing series. He installed more than 15 MEYLE parts in his truck himself this year to be perfectly prepared for the starting gun on June 11. The race series can be followed on the official FIA-ETRC website.

Motorsport enthusiasm with a long tradition

The connection of spare parts manufacturer MEYLE to motorsport has a long tradition. The company’s founder Wulf Gaertner was already an enthusiastic racing driver and laid the foundation for a flourishing export trade in 1958 by importing high-quality spare parts for his racing car from Germany. This is another reason why racing and partnerships with talented racing drivers remain an important part of the company’s commitment. Motorsport plays a central role in the Hamburg-based manufacturer’s product development, particularly as a testing ground under real-life conditions. Whether in truck racing, sprinting or endurance racing, MEYLE is active wherever vehicles and vehicle parts have to withstand the highest strains.

* subject to change without notice

Advertisement
In this article:meyle, motorsports partnerships
Print
Up Next: