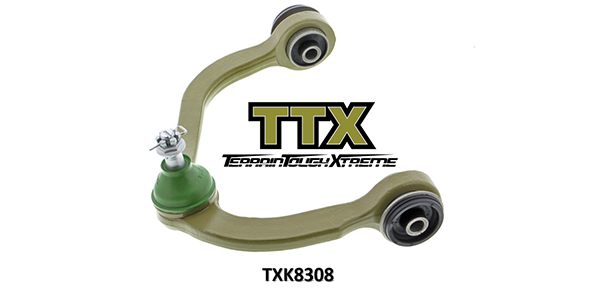 Mevotech Supreme adds 31 new parts to the December release with 22 of them featuring innovative engineered enhancements that are application-specific. 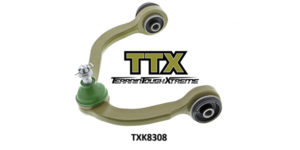 Mevotech has announced the introduction of 50 new parts to its catalog in December 2018. The part introductions expand coverage of Mevotech’s Supreme and TTX: Terran Tough Xtreme brands with 37 parts featuring engineered enhancements for added strength and durability.

Mevotech Supreme adds 31 new parts to the December release with 22 of them featuring innovative engineered enhancements that are application-specific. Among the latest releases from the Mevotech Supreme brand include the front lower control arm and ball joint assemblies for the 2016-’18 Honda Civic.

Also included in the December release are 15 new items to the TTX line of chassis parts including eight control arms, four tie rod ends, and three ball joints. Most notably, the front upper control arm and ball joint assemblies for the 2004-‘18 Ford F-150.

“Mevotech continues to focus on building better parts for the aftermarket suspension,” said Brian Rossi, vice president of engineering for Mevotech. “An aftermarket suspension is very different than a vehicle that’s fresh from a new car dealer lot. This is why technicians rely on Mevotech’s innovative engineered designs for their undercar repairs.”

All Mevotech’s parts are listed in the catalog found at http://partsonline.mevotech.com and in electronic catalog providers.

Advertisement
In this article:Mevotech, TTX
Print
Up Next: