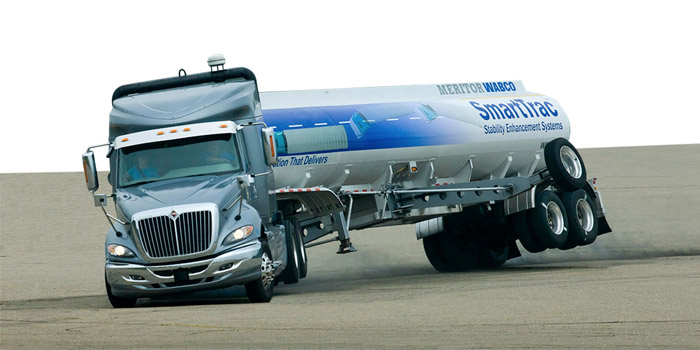 The National Highway Traffic Safety Administration estimates the new mandate will prevent up to 2,329 crashes, 60 fatalities and hundreds of injuries annually. 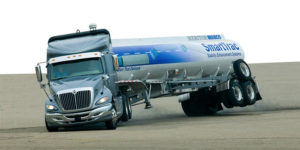 Meritor WABCO is hosting a series of webinars beginning in May to help fleets understand why they can benefit from equipping new tractor-trailers with SmartTrac Stability Control before August when federal regulations mandating stability control begin to take effect.

By requiring electronic stability control systems such as SmartTrac on trucks and large buses, the National Highway Traffic Safety Administration (NHTSA) estimates the new mandate will prevent up to 2,329 crashes, 60 fatalities and hundreds of injuries annually.

“Stability control has been an impressive success story in Europe and is acknowledged as a significant contributor to an 11 percent reduction in fatal crashes involving trucks since 2014,” said Matthew Stevenson, president and general manager, Meritor WABCO.

In the United States, Meritor WABCO’s SmartTrac Stability Control System has exceeded crash-reduction expectations among fleets and federal regulators for almost 15 years, according to the company. Since 2003, U.S. fleets using SmartTrac Stability Control report rollover and loss of control accident reduction between 53 and 100 percent – exceeding NHTSA estimates of 40-50 percent reduction. A top-50, for-hire North America fleet reported going from one rollover or loss-of-control accident every 188,000 miles to not having any such accident in four years and more than 38 million miles driven.

Rollovers are the fourth most-frequent cause of fatal accidents involving large trucks but account for a disproportionate number of fatalities and injuries, and are the most costly, according to the Federal Motor Carrier Safety Administration. On average, 22 heavy-truck rollovers occur in the United States every day.

Available on trucks and trailers, SmartTrac Stability Control integrates with sensors within anti-lock braking (ABS) and steering systems to predict impending slide or rollover. SmartTrac uses braking of individual wheels and reduced engine torque to assist the driver in maintaining control during critical driving situations such as spinouts, plowouts and untripped rollovers. An important feature integrated into SmartTrac is ESCsmart, which has “self-learning” capability and automatically adapts to changes in vehicle characteristics and wear.

“A potential rollover situation develops in a second or two. The system responds in milliseconds to help avoid critical driving situations – usually before drivers realize what’s happening,” said Stevenson. “SmartTrac Stability Control has been a popular option for fleets and drivers, with more than 70 percent of the top 50 for-hire fleets relying on SmartTrac for stability control protection – and we deliver.”

The federal regulation mandating stability control will be phased in during the next three years beginning this summer:

Advertisement
In this article:Meritor, WABCO, webinar
Print
Up Next:

Has ‘Cash for Clunkers’ Returned?