Martin Fischer Appointed To ZF Board Of Management 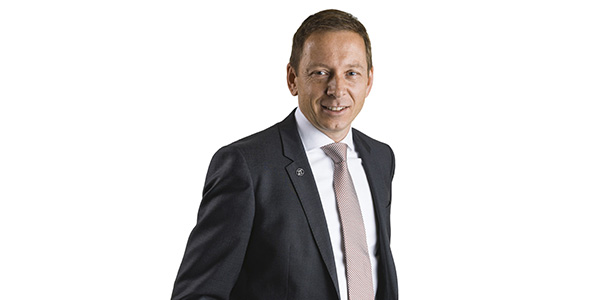 ZF Friedrichshafen AG‘s Supervisory Board has appointed Dr. Martin Fischer as a new member of the ZF Board of Management. The 49-year-old, who holds a PhD in Electrical Engineering, is expected to join the board on Nov. 1, and will take over from Dr. Franz Kleiner at the start of 2020, who will then retire.

“Dr. Martin Fischer has worked in leading functions with major automotive suppliers for around two decades, many years of which were also spent in the USA. During this time, he gathered extensive experience in electronics,” said Dr. Franz-Josef Paefgen, chairman of the Supervisory Board. “Following his positions in the areas of body electronics, chassis electronics and driver assist systems, he most recently shaped the transformation from conventional to electrified transmissions and as such is very well-versed in the challenges facing our industry today.”

Fischer studied engineering at the Technical University in Darmstadt and received his doctorate in the field of electrical engineering from the same university in 1999. Following a graduate program at Siemens Automotive, he took over a range of responsibilities including the product areas of chassis electronics and wireless products at Siemens VDO Automotive, before joining automotive supplier Hella in 2006. At Hella, Fischer held a range of top management roles in the Electronics business – initially in Germany and then from 2007 in the U.S.

Based in Detroit, Fischer will succeed Dr. Franz Kleiner on the ZF Board of Management on Jan. 1, 2020, and will take over his responsibilities for Electronics and ADAS as well as Active and Passive Safety Systems, the North and South America regions, as well as Corporate Quality.

“As a Member of the Board of Management for ZF’s U.S. location, Dr. Franz Kleiner made crucial decisions concerning the rapid integration of TRW, acquired in 2015. He therefore made a significant contribution to ZF’s corporate success,” said Chairman of ZF’s Supervisory Board Dr. Franz-Josef Paefgen. “On behalf of the entire Supervisory Board, I would like to offer my sincere thanks and wish him all the best for this new stage in his life.”