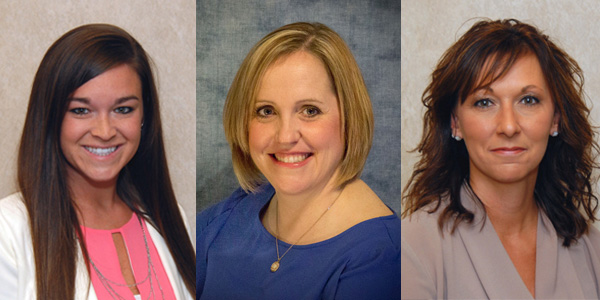 This national award recognizes women for excellence and leadership in manufacturing. 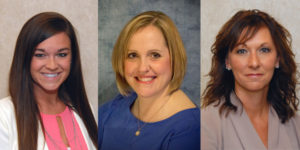 The Manufacturing Institute has recognized three Cooper Tire & Rubber Co. employees with a Women in Manufacturing STEP (Science, Technology, Engineering and Production) Ahead Award for 2017.

Christine Linder, manufacturing services manager at Cooper’s tire manufacturing facility in Texarkana, Arkansas; Stacie Rampe, corporate benefits and payroll manager based in Findlay, Ohio; and Kelsey Wensink, regional credit manager, also based in Findlay, are among 130 women nationally who have earned the honor from a field of hundreds of nominees.

The STEP Ahead Awards program, now in its fifth year, recognizes women who have demonstrated excellence and leadership in their careers and represent all levels of manufacturing, from the factory floor to senior executive leadership. On April 20, winners of the STEP Ahead Award will be recognized at a reception in Washington, D.C., where each honoree’s story will be highlighted, including their leadership and accomplishments in manufacturing as well as their roles in the community. Linder, Rampe and Wensink will attend this event along with members of Cooper’s senior executive leadership team.

“It’s gratifying to see that three Cooper leaders, out of hundreds of women who were nominated nationwide, earned this important recognition. Christine, Stacie and Kelsey continue to make a positive impact at our company, in the field of manufacturing, and in our communities,” said Brad Hughes, Cooper’s president and CEO. “All three play integral roles at Cooper and serve as outstanding role models to other women and men in their manufacturing careers. On behalf of everyone at Cooper, I congratulate these three leaders and wish them continued success.”

Linder joined Cooper as a co-op student in 2002 and three years later became a full-time member of the Cooper team. A Lean Six Sigma Black Belt, Linder served in a variety of engineering roles with the company before accepting her current position as manufacturing services manager. Her community volunteerism includes serving as a wish granter for Make-A-Wish and as a board member for the United Way of Greater Texarkana. Linder was named a young professional “On the Rise” by Modern Tire Dealer in 2016. She holds a bachelor’s degree in chemical engineering from the University of Toledo, Toledo, Ohio, and a master’s degree in business administration from Texas A&M University – Texarkana.

Rampe has more than two decades of experience in manufacturing. She joined Cooper in 2012 as a senior human resources business partner and later moved into her current position as corporate manager, payroll and benefits. In the community, she promotes tire and vehicle safety for teens and young adults as a volunteer for Cooper’s Tread Wisely program. She also serves as a board member for Children’s Mentoring Connection of Hancock County and the Business Affiliates Scholarship program at the University of Findlay. Rampe holds a bachelor’s degree in human resource management and a master’s degree in business administration with a concentration in organizational leadership, both from the University of Findlay.

Wensink, honored as a STEP Ahead Award Emerging Leader, a category for women in manufacturing who are under the age of 30, has been a Cooper employee since 2009. She worked in several purchasing and sourcing roles before taking on her current position as regional credit manager. Wensink volunteers as a member of Cooper’s Dream Team, a group of employees who work with youth to enhance the image of careers in manufacturing. Wensink holds a bachelor’s degree in business administration, with a specialization in supply chain management, from Bowling Green State University, Bowling Green, Ohio, and is pursuing a master’s degree in business administration with a focus on organizational leadership from the University of Findlay.

The STEP Ahead Awards are part of a larger STEP Ahead initiative, launched to examine and promote the role of women in the manufacturing industry through recognition, research, and leadership for attracting, advancing and retaining strong female talent.

Advertisement
In this article:Cooper Tire, STEP Ahead
Print
Up Next:

The Manufacturing Institute Honors 3 At Cooper Tire & Rubber Co. With 2017 STEP Ahead Awards