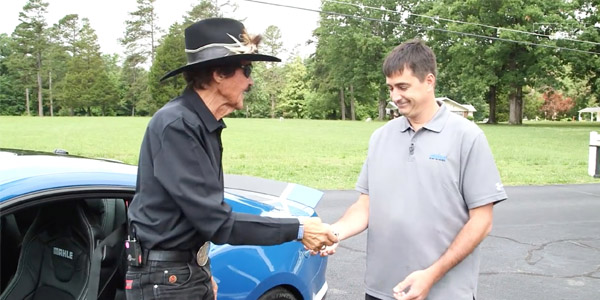 To highlight the closing days of the promotion, MAHLE has published the final installment of the YouTube video series featuring the build of the promotion’s grand prize ­– a custom-built Petty’s Garage Ford Mustang. 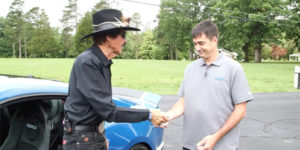 The MAHLE “Drive With the Original” promotion for technicians is winding down, concluding this coming Sunday. To highlight the closing days of the promotion, MAHLE has published the final installment of the YouTube video series featuring the build of the promotion’s grand prize ­– a custom-built Petty’s Garage Ford Mustang.

Qualifying technicians can continue to submit entries for the promotion via drivewiththeoriginal.com through Oct. 1 at 11:59pm EDT. Complete information about the “Drive with the Original” promotion, including official rules, terms and conditions, can be found on the website. Information on how to participate in the promotion also is available on specially marked MAHLE Original gasket boxes.

Leading up to the conclusion of the promotion, MAHLE has released the final segment of the “Mustang Build” video series featuring television’s Bogi Lateiner, now live on the MAHLE Aftermarket YouTube Channel: bit.ly/mustang_build_vid5

The final installment in the MAHLE “Mustang Build” video series shows the vehicle on the dyno, achieving crank horsepower well over the 1,000-HP mark. The video also includes reactions from MAHLE Aftermarket Inc.’s Jon Douglas (president) and Ted Hughes (head of marketing, North America) as they visit Petty’s Garage in Level Cross, North Carolina, to take delivery of the vehicle from “The King” himself, Richard Petty.

The grand-prize MAHLE Ford Mustang will be awarded on Oct. 31 at AAPEX 2017 in Las Vegas. Four finalists will be randomly selected from all entries to receive an all-expenses-paid trip to Las Vegas to participate in the special grand-prize ceremony. Petty will be present when the finalists each select a key fob ­– one of which will unlock the doors of the customized, twin-turbo 1,000 HP Grand Prize MAHLE Ford Mustang from Petty’s Garage.

For more information about MAHLE Aftermarket and its brands, visit mahle-aftermarket.com or contact a local sales representative.

Advertisement
In this article:Garage Ford Mustang, Mahle, Richard Petty, YouTube
Print
Up Next: