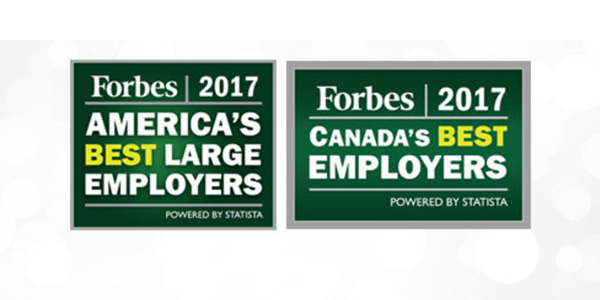 In the U.S., Magna ranked in the top 20 percent of the 500 best large employers and also performed well in the auto segment, ranking fifth out of 19 companies. 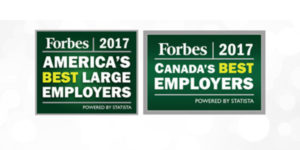 In the U.S., Magna ranked in the top 20 percent of the 500 best large employers and also performed well in the auto segment, ranking fifth out of 19 companies. In Canada, Magna is the top-ranked auto parts company and second in the automotive segment overall.

The Forbes list of America’s Best Employers 2017 was compiled based on an independent survey from almost 30,000 U.S. employees working for companies with at least 1,000 people in their U.S. operations. Rankings are based entirely on employee feedback, with the willingness to recommend one’s own employer being the most important element of the survey.

The process was similar in Canada, where 8,000 Canadian employees working for large firms or institutions were asked to rate how likely they were to recommend their own companies on a scale of 1 to 10. The employees who took part in the survey were consulted anonymously through several online access points, not via their employers.

“One of our most important goals is to create a dynamic and transparent global workplace where our employees feel empowered and inspired to reach their full potential,” said Don Walker, CEO. “It’s an honor to receive the positive feedback from our employees and the recognition from Forbes.”

Magna was recently recognized by the employee-review website Glassdoor as one of the best places to work in Canada. Divisions of the company in Austria, Mexico and Russia also were recently named great places to work by organizations in those countries.

Advertisement
In this article:award, best places to work, Magna
Print
Up Next:

Magna Named One Of The Best Places To Work