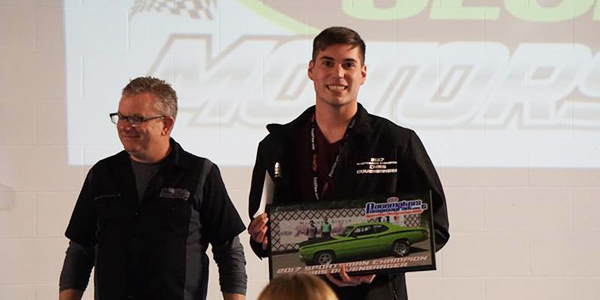 In addition, Hot Shot’s Secret, manufactured by Lubrication Specialties, is a sponsor of all six of the dragway’s Pacemakers Cash Days events. 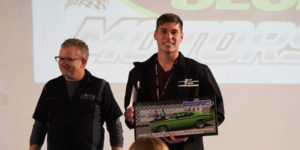 In support of grassroots and sportsman style racing, Lubrication Specialties Inc. (LSI), manufacturer of Hot Shot’s Secret, recently announced a Support Your Local Track initiative for the 2018 season. To show support for Pacemakers Dragway Park, the company’s local track, LSI recently hosted the dragway’s annual awards banquet that was co-sponsored by TrickFlow and Summit Racing Equipment at the company’s headquarters in nearby Mt. Gilead. More than 100 racers and supportive family and friends attended the banquet to give recognition to the 2017 champions.

“We were incredibly pleased to partner with our local dragway to give added support to ensure their success in this market,” said Kyle Fischer, LSI director of marketing. “This is a first to host the awards banquet at our headquarters and a definite success. Our Big Wheel Races were a hit with the kids! Congratulations to all the champions and racers who competed this year. If you are local and have never visited Pacemakers, we encourage you to bring your family and spend the day. Kids of all ages love the excitement and you will find top competitors in multiple categories that compete in series throughout the Midwest.”

Pacemakers Dragway Park Owner, Rod Zolman, added, “On behalf of all of our racers and staff at Pacemakers Dragway Park, I want to thank the team at Lubrication Specialties Inc. for being such gracious hosts and allowing us to have our awards ceremony at your state-of-the-art facility. We feel incredibly fortunate to have such great marketing partners such as Hot Shot’s Secret so close to home and we look forward to working with LSI not only in 2018, but long into the future. Thank you again!”

Advertisement
In this article:awards, Lubrication Specialties
Print
Up Next: