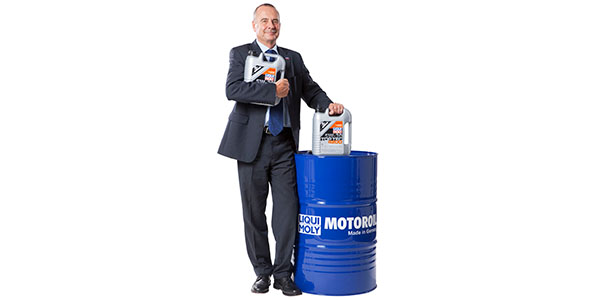 The oil and additives specialist has seen a positive impact overall with the campaign that ran in 50 languages and 128 countries.

Ernst Prost, CEO of LIQUI MOLY: “We’ve been overwhelmed by the huge response to our campaign.”

LIQUI MOLY has reported that its first worldwide online campaign was a resounding success. The target the company set for itself was 1 billion impressions. “In fact, it went so well that we ultimately achieved 1.6 billion impressions,” said CEO Ernst Prost.

LIQUI MOLY deliberately established a broad basis for its three-month campaign. The campaign ran in 50 languages in 128 countries. The focus was primarily on Germany as the brand’s home market, in addition to strong international markets such as the U.S. However, the campaign also ran in such diverse locales as Togo, Haiti and Mongolia.

“In this way we were able to raise LIQUI MOLY’s brand profile internationally and support our local dealers,” said Prost. The latter were even able to link into the campaign to their own individual benefit. “And it didn’t cost them a cent,” said the CEO.

“This campaign was a huge success,” said Prost. “It really has enabled us to show the competition who’s in charge.”