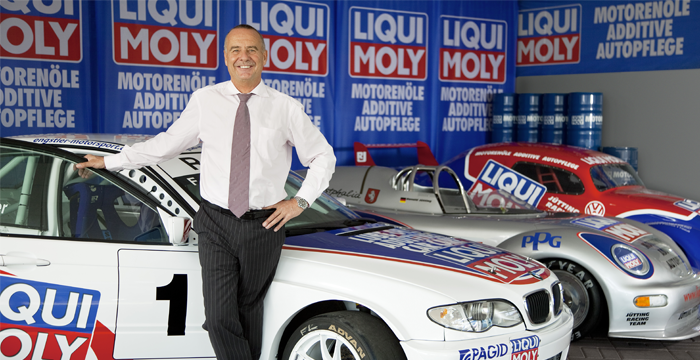 LIQUI MOLY CEO Ernst Prost also gave each of his employees a bonus of €3,630 (approximately $4,130.94 USD), pulled from the company’s surplus, due to record figures for fiscal year 2015.

Readers of four major automotive magazines in Germany have recognized LIQUI MOLY as the top brand for the fifth and sixth time in a row. 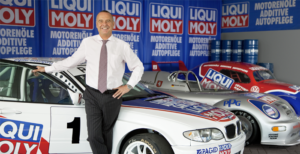 Independently of one another, Auto Zeitung, Auto Motor und Sport, Auto Bild and Motor Klassik polled their nearly 6 million collective readers to vote for the best brand of oil. “This reader vote for LIQUI MOLY is a decision for stability and predictability. We appreciate it and it supports us in a difficult market environment,” said CEO Ernst Prost. “Our product quality with its unqualified commitment to the motto ‘Made in Germany’ and our reputation as an anthropocentric brand have anchored themselves in the head and hearts of people around the globe. And, this has cemented LIQUI MOLY’s top place.”

In Auto Motor und Sport and Auto Zeitung, LIQUI MOLY celebrated its sixth victory in succession against such prominent names in motor oil as Castrol, Aral, Mobil and Shell. In Motor Klassik and Auto Bild, the company was voted to the top position for the fifth consecutive time.

“This vote by car owners confirms our course and shows we are making good progress,” said Prost.

The company’s current path produced record figures for the fiscal year 2015. Prost is sharing the company’ surplus with his employees by paying them a special bonus. “This is a sign of the robust health of the company, which is necessary in this business. Together, we have earned a comfortable and reasonable profit. So, I want to share the company’s success with every co-entrepreneur,” said Prost.

“The way to the top was rocky, and confirmation of this top position from year to year is always the result of diligence and hard work,” continued Prost. “These values are incorporated into our company philosophy. And we adhere to them. In contrast to global corporations, we, as a medium-size company, are closer to our customers, capable of catering to them more quickly and individually, in Germany as well as Australia and Austria, as well as in the U.S. or South Africa, and in every one of the 120 countries where you can buy LIQUI MOLY,” noted Prost. “Such discipline on the part of our co-entrepreneurs will continue to earn us further accolades and is essential for our course for becoming a global brand.”

Taiwan’s Unique 4-in-1 Automotive, Motorcycle Shows Kick Off In Taipei